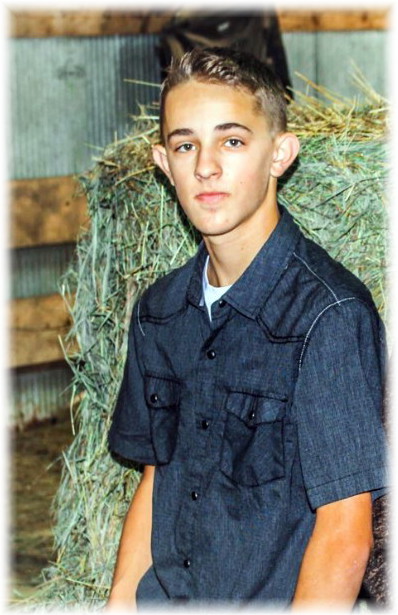 Breckin Morrell, 19, Taylor, died on Tuesday, July 26, 2022 east of Richardton as a result of injuries sustained in a motor vehicle accident. Breckin’s Celebration of Life Service will be at 3 p.m., Saturday, July 30, 2022 at Ladbury Funeral Service, Dickinson with Pastor Ron Dazell officiating. Visitation will be one hour prior to the service.

Breckin Morrell was born on May 12, 2003 in Grand Junction, CO, the son of Jason L. and Jessica B. (Fricks) Morrell. He began his education in Cedaredge, CO until the family moved to ND in 2015 where they settled in Taylor. He attended middle school and high school at Richardton-Taylor High School, having graduated in 2021.

He went to work for WH Smith as a surveyor technician and then was employed with Iron Works until the time of his death. Breckin was in love with trucks, old cars, dirt bikes, and anything that was fast and loud. If it wasn’t, he would not waste any time making it so. Breckin was an intelligent and loving young man with a big heart, an easy demeanor and a bright future. Breckin will always be remembered as someone that was up for any adventure, loved the outdoors and was the most easy-going person anyone has ever known. He was a self-proclaimed “old soul”…always saying he should have been born in the 50’s or 60’s.

He was preceded in death by his cousins, Anthony Uyleman and Jessica Uyleman; and grandma, Paula House.