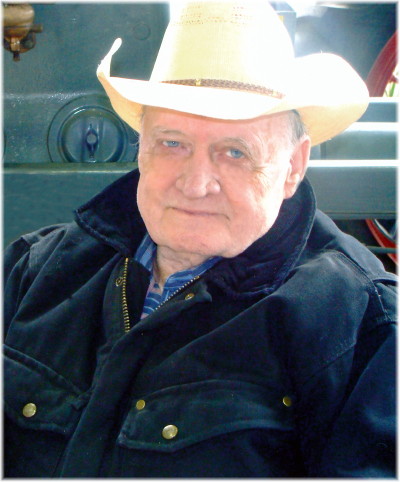 Albert Hondl, 93, died on Wednesday, July 27, 2022 at St. Benedict’s Health Center, Dickinson. Albert’s Mass of Christian Burial will be at 2 p.m., Tuesday, August 2, 2022 at St. Wenceslaus Catholic Church, Dickinson with Fr. Robert Shea. Interment will follow at St. Wenceslaus Cemetery, Dickinson. Visitation will be on Monday from 6 p.m. to 7 p.m. at Ladbury Funeral Service, Dickinson with a rosary and vigil at 7 p.m. with Deacon Bob Zent presiding. Visitation will continue one hour prior to the service at the church on Tuesday.

Albert was born to Frank J. and Mary (Simek) Hondl on June 16, 1929 at the family farm southwest of Dickinson. Albert attended Catholic grade school in Dickinson until he was required to work the family farm when his older brother Laudie was called to war.

Albert met the love of his life Effie Jearmchuk at a wedding dance. As he put it “I fell for her” and there began their life together and were married on October 17, 1950. Upon the death of Albert’s mother in 1953, Albert and Effie returned to the family farm to provide for his dad and care for younger siblings. They began raising their family and endured the tragedy of losing their first son Kenneth in a car accident.

Albert loved farming and was a country boy at heart. He enjoyed the peacefulness, freedom, and sounds of country life. The song of the Meadow Lark, Mourning Dove, and Robin brought him joy as well as the many loyal dogs over the years. Albert appreciated the cowboy life and liked to wear his cowboy boots and his favorite cowboy hat.

Albert had many fond memories and stories of a lifetime of farming. As he would say; “We had fresh air, lots of exercise, and good food. I could go all day.”

Albert retired from farming and moved to Dickinson in 1989 where he enjoyed playing cards at St. Anthony’s, volunteering at the Pioneer Museum, trips to casinos, doing word puzzles, and spending time with his grandchildren. He made several trips to Alaska and Minnesota enjoying his family. He shared many recipes, especially his famous Borscht.

He enjoyed country and old-time Czech music, cowboy movies, and the WWF and RFD channels. Albert was a lifetime member of St. Wenceslaus Church, Eagles Club, and St. Anthony Club.