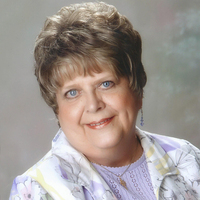 To view a livestream of the service, click here: https://www.mtmsales.net/thomas

Leola “Lee” Buri, 75, Ocean Shores, Washington and formerly of Minot died on Monday, July 25, 2022, in an Aberdeen, WA hospital with her loving family at her side.

Leola Gertrude Aiken was born on February 11, 1947, in Minot, ND to George and Leona (Schoenberg) Aiken.  She was raised and educated in Minot, graduated from Minot High School in 1965 and earned her paralegal credentials from the Puget Sound University Law School in 1998.

Lee married Robert Buri on June 11, 1964, at Evangelical United Brethren Church in Minot, North Dakota.  They made their home in Seattle, WA where she was employed at the Bank of Olympia.  She began working for the State of Washington as an Office Manager in 1979. She continued in that position until she and Bob moved to Alvin, Texas in 2000 where she worked at the Brazoria County Prosecutors Office.  She retired in 2005 and Lee and Bob spent the winter months in Arizona and the summer months in Stanton, North Dakota.

Lee was a member of Faith Community Church in Ocean Shores, Washington. She especially enjoyed singing at the gospel jams in the RV parks, camping with family, knitting, and the get-down prayer meetings at her home.

Lee was preceded in death by her parents and sister Loretta.