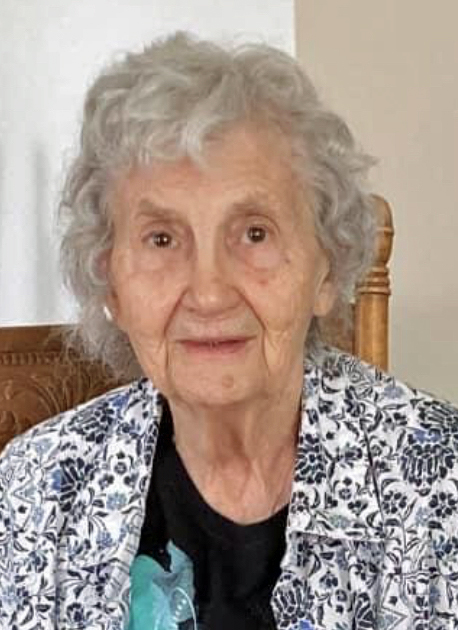 Posted at 14:36h
in Uncategorized
by staff

Beverly Jeanette Olson, 95, passed away on July 31, 2022, at Prairie Pointe Assisted Living Center, Bismarck. According to her wishes, a funeral service will not be held. A celebration of life will be held at a later date.

Beverly was born July 30, 1927, in Bismarck. The daughter of Elizabeth (Klein) Hohimer and Henry Mills. Bev grew up and attended school in Menoken area and graduated from Bismarck High School.

In 1947, she married Douglas E. Olson and they made their home in Driscoll. Bev worked as a banker initially in Sterling and then spent the rest of her career until retirement at the Bank of Steele.

Bev was very involved in the Driscoll community with being on the School Board, the Catholic Altar Society, and Election Poll Worker.

Bev enjoyed playing cards and games, gardening, and cooking. She loved to bake homemade goodies to share with friends and family. She made the best apple pies, if you ever got to taste one, you’d agree. Bev was a storyteller and those that knew her may have heard the same stories on occasion, but she loved to have conversations involving memories of present and the past. Bev attended mass in person until the later years when she was only able to attend by television.

The greatest achievements were her three children Wade Douglas, Raymond Rene, and Darcy Adele. Her greatest joys were her five grandchildren.

Preceded in death by her husband, Douglas, her daughter, Darcy, her brothers David and Dennis, her sisters Delores and Diane.