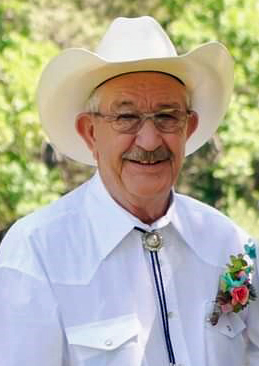 Posted at 16:44h
in Uncategorized
by staff

Wade Douglas Dunbar, 75, Bismarck, passed away on July 28, 2022, in his home, surrounded by his family after a heroic battle with cancer.  Memorial services will be on Tuesday, August 2, 2022, at 10:00 a.m. at Bismarck Funeral Home.  For those unable to attend, the service will be livestreamed on the Bismarck Facebook page.  Visitation will be on Monday, from 5:00 p.m. until 7:00 p.m. at the Bismarck Funeral Home.

Wade was born on August 5, 1946, to Everett and Gladys (Halvorson) Dunbar.  His family lived in Twin Valley MN until 1950 when they moved to Rugby ND.  When Wade was 8 years old his family moved to Baldwin for a short time and then settled in Regan in 1955.

Wade attended grade school in Rugby, Baldwin, and Regan.  He graduated high school in 1965 from Regan.  After working for McFadden’s Butcher Shop in Regan, he had the opportunity to rent a farm northeast of Regan in 1966. He farmed and ranched there with his parents until meeting and marrying Susan Lange in 1976.  Wade and Sue raise three children on the farm/ranch in Regan.  In 2001 he and Sue moved to Bismarck when his son started farming with them.

Wade loved cattle, horses, and anything related to the farming and ranching way of life.  He was a true cowboy with honesty, integrity, and true grit.  Some have once called him “the cattle whisperer” but not in his younger years! He was a man of many trades ranging from fixing equipment to refinishing old furniture.  He also enjoyed hunting with friends and family.  He was always willing to lend a hand to neighbors.  Even after “retiring” (which he didn’t know the definition of) he spent a lot of time helping his son, Chad, on his ranch in Regan and his daughter & son-in-law, Russ & Alicia Doll, on their farm in Almont.  Later in life, he cherished and loved spending time with his three grandchildren (Cutter Doll, Emma Dunbar, and Waylon Doll).  He also enjoyed morning coffee at Kist with his buddies.