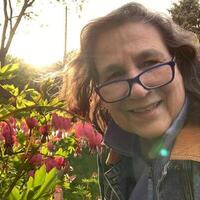 Illona Sacco was born 15 January 1952 in Berwick, PA, to Joseph and Alice Sacco. She was the fourth and final child in the family, and cherished her mixed Italian/Carpatho-Rusyn ancestry. In 1974, Illona married Paul Jeffcoat, beginning a partnership that would last for almost 48 years. She graduated U Maine (Orono) in 1973, followed by legal studies at UND, and bar admission in 1976.  Her public service career included several years with Banking, punctuated by a short period of private practice in Williston.  She moved to the PSC in 1987, where she served for 32 years, in legal and leadership roles. During this time, she also completed a Masters in Public Administration at UND.

As a public servant, Illona was known for her integrity, attention to detail, and deep commitment to the interests of the people of North Dakota. She was active in several committees related to the law, legal education, and regulation of utilities, and towards the end of her career fulfilled a long-term goal by teaching some courses at university level, including business law and public administration.

Outside work, Illona was a long-time member of St. Peter’s Orthodox Church in Minot, and gave generously to many charitable organizations.

Illona was exceptionally devoted to family and friendship. Despite the heavy workload of a dedicated public servant (especially during legislative sessions), she always found time for a cup of tea with friends. She was a constant advocate and wise counselor for her son, Broadus, and step-son, Brendan. Throughout her married life, Illona went to great lengths to maintain close ties with both the Sacco and Jeffcoat sides of the family, no matter what the geographical hurdles. She was particularly close to her two sisters, and many far-flung family members and friends will remember how meticulous she was in sending cards and gifts for birthdays and holidays.

Illona retired in 2019, and shortly thereafter travelled to Western Australia for the birth of her first grandchild. In the months before her passing, she and Paul were able to be reunited with their granddaughter, Joan, as well as with Broadus and his wife, Ellie. These 3 precious months spent as “Baba” were a gift that left an indelible impression of love and devotion on her family.

Illona’s swift deterioration due to cancer came as a shock, both to her and to all those who loved her. We implore those reading to be vigilant and thorough in their health checks.

Illona is survived by her husband Paul (Bismarck), son Broadus, daughter-in-law Elena, granddaughter Joan (all of Perth, Western Australia), brother Jeffery (Osprey FL), sisters Denise (Philadelphia) and Mary (St. Louis), their spouses, and many beloved nieces, nephews, cousins, and friends who she loved as family. Illona was preceded in death by her step-son, Brendan.

In lieu of gifts or flowers, please make a donation to any charity whose mission Illona would have supported.


To plant Memorial Trees in memory of Illona A. Jeffcoat-Sacco, please click here to visit our Sympathy Store.