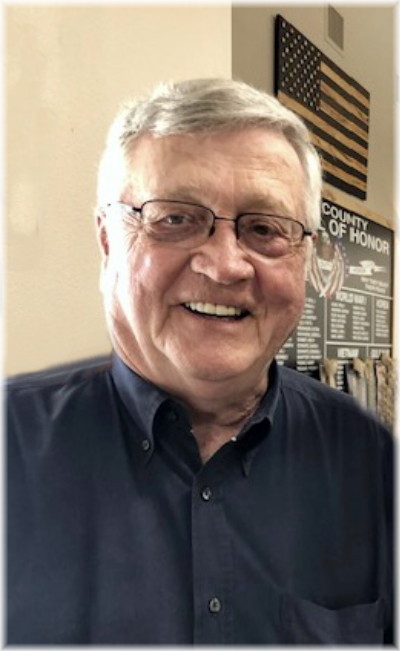 Charles Elkin, 84, Taylor, died on Monday, July 11, 2022 at his home. There will be funeral service for Charles at 10 a.m., Monday, July 18, 2022 at Ladbury Funeral Service, Dickinson with Rev. Scott Skones officiating. Interment will take place at Pioneer Cemetery, Taylor. Visitation will be one hour prior to the service.

Charles Alfred Borger Elkin was born December 22, 1937 on the family farm near Taylor, the son of Alfred B. and Olinda (Frederick) Elkin. He was raised and educated south of Taylor attending country school through the eighth grade. He then attended and graduated from Taylor High School. Charlie attended Dickinson State Teachers College where he received a one year teaching certificate. He taught in a country school south of Richardton for two years which earned him enough to pay back his school loan. He then attended NDSU for a brief time and due to his father’s death he returned home. Charles was united in marriage to Roberta Gayle McNamara on November 28, 1959 in Belfield. He farmed and ranched and also owned the Taylor Standard Service Station, drove truck for Fred Fridley and also drove bus.

He went back to school at Dickinson State College where he earned a BS Degree in Secondary Education and also was named on the Dean’s List. He had a Major in Math and a Minor in Physics. He then taught Math at Taylor High School until an offer to go to work for the USDA as a District Director for the ASCS. Following a 30 year career, he retired in 2003. He was awarded a Certificate of Merit, a first of its kind to be awarded to a District Director in North Dakota. Following his retirement, he worked as a fill-in driver for Hoovestal. He was a member of Taylor Lion’s Club, while teaching was a member of the North Dakota Education Association and the National Counsel of Mathematics Teachers.

He enjoyed traveling with his brother and working on and spending time at the farm he was born on.