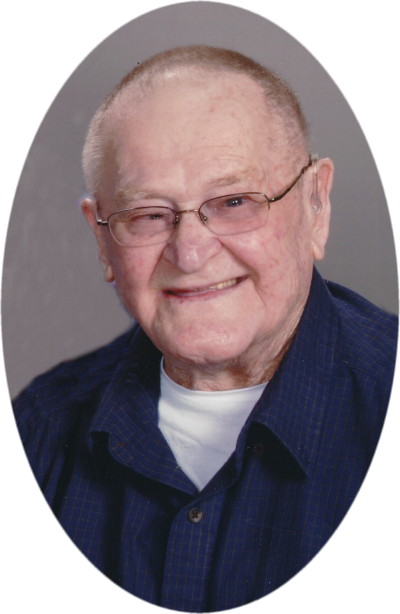 Anton J. Krebs, 93, New England, died Saturday, July 16, 2022 at his farm east of New England. Anton’s Mass of Christian Burial will be at 10 a.m., Thursday, July 21, 2022 at St. Mary’s Catholic Church, New England with Fr. Dennis Schafer as celebrant. Interment will take place at St. Mary’s Cemetery. Military Honors will be provided by the New England Anton Ulijohn American Legion Post 66. Visitation will be on Wednesday from 5 p.m. to 7 p.m. at Ladbury Funeral Service, Dickinson with a rosary and vigil at 7 p.m. with Deacon Leonard Krebs presiding. Visitation will continue one hour prior to the service at the church on Thursday.

Anton J. Krebs was born on July 6, 1929 in Regent, the son of Anton and Rosie (Schmidt) Krebs. He was raised and educated while living on the farm near New England and attended rural schools. Anton served honorably in the United States Army from May 1951 to April 1953, having spent part of that time in Korea.

Anton returned home and was united in marriage to Emerentiana Huschka on January 17, 1955 at St. Mary’s Catholic Church, Richardton. They lived for two years on the family farm east of New England. In 1957, they purchased a farm northeast of Burt and they lived there until 1966 when they purchased a farm east of New England where he resided until his death.

He served on the Walker and New England Township boards, belonged to the KC and Eagles Club. He loved bowling, puttering in his shop, and his simple farm and ranch life. His greatest joy came from being with his family.