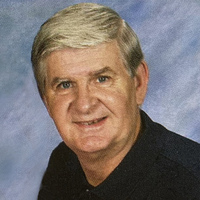 Jim was born in Grand, Forks, ND on May 7, 1945 – the son of Ed and Grace Manning. Jim was raised and educated in Fargo, ND until he graduated from NDSU in 1969 with a Bachelor of Science Degree in Pharmacy.

He loved his chosen profession and was employed with Osco Drug and B & B Drug for several years. In 1985, he started his own pharmacy (Manning Pharmacy) in the former Medical Arts Clinic. In 1991, he expanded again — opening Market Pharmacy in Marketplace Foods, where he worked until his retirement in 2007.

On July 31, 1982, Jim married Susan (Herigstad) Wiley and was a wonderful, and devoted husband and stepfather for 40 years. They resided in Minot until 2012, and Jim was an active and contributing part of the community. He loved to sing, and this showed in his enthusiastic participation in the Nodakords -where he sang in the Barbershop chorus and “High Fidelity” quartet and was an assistant director for many years.

Jim was an active member of the First Presbyterian Church, Minot, where he served as Trustee as well as singing in the Church Choir from the time he moved from Fargo as a young man. He was a member of the Minot Country Club and the Indoor Tennis Club – and for several years owned a cabin at Lake Metigoshe. Jim had a great sense of humor, loved watching TV (especially sports) and always enjoyed keeping his yard in tip top shape. After a winter storm, he was the first one out with the snowblower – helping to plow out the neighbors. His favorite travel experiences were to England -along with trips to Marco Island, Fl., Arizona, Las Vegas and others. He enjoyed flying.

Jim was described as a “true gentleman” — he was honest and generous, steady and reliable, patient and kind. With a wonderful sense of humor.! He will be greatly missed by his wife, & his family and friends.

Jim was preceded in death by: his parents; stepson, Steven Wiley, his in-laws, Roger and Harriet Herigstad, and several aunts and uncles.