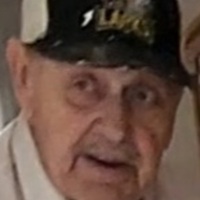 Funeral services will be held at 10:00 AM, Thursday, July 14 at Parkway Funeral Services, 2330 Tyler Parkway, Bismarck. Family will begin greeting guest at 9:00AM.

Terry Deichert was born in Linton on February 19, 1947, to Gabriel and Katie Deichert. His family moved to Bismarck when he was four years old. Terry attended St. Mary’s grade school and high school.

He worked at Scotty’s drive in until finishing two years at Bismarck State College.

Terry transferred to Dickinson State as a junior and worked at Dairy Queen. In Dickinson he met and married Doretta Wax. They both taught high school in Mayville-Portland, ND. Later he taught in Tuttle, ND.

Throughout his teaching career he painted in the summers. He grew to love painting and made it his profession until his death. He was a quiet person with many interests. He compiled a genealogy manuscript of the Diechert family. Members of this were given copies. Terry enjoyed reading, history, and Christian books. A favorite of his was watching all news events. Terry enjoyed time spent with his brother Paul, getting advice on Mom’s projects. He also enjoyed playing cards, particularly pinochle.

He and Doretta spent time seeking old objects. He and Dori spent much time together-being married 53 years. A special friend of Terry’s was Pastor Garvon Golden. There was a special bond with his brother-in-law Mal Wax and wife, Ethel; they talked very often.

Terry is survived by his wife, Doretta (Dori); his son, Luke; daughter-in-law, Nella; granddaughters, Kaitlynn and Chelsea and great-granddaughter, Veda; and brother, Paul.

He was preceded in death by some of his siblings.

He is dearly missed by his family.