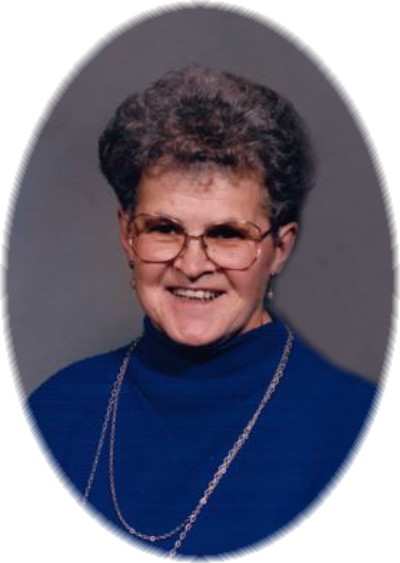 Rose Filipi, 94, Dickinson, died on Tuesday, June 28, 2022 at her home with family by her side. Rose’s Mass of Christian Burial will be at 10 a.m., Tuesday, July 5, 2022 at St. Joseph’s Catholic Church, Dickinson with Fr. Keith Streifel as celebrant. Interment will be  at St. Wenceslaus Cemetery, Dickinson. Visitation will be on Monday from 5 p.m. to 6 p.m. at Ladbury Funeral Service, Dickinson with a rosary and vigil at 6 p.m. with Deacon Al Schwindt presiding.

Rose Jilek was born in April 22, 1928 in Snow, the daughter of Steve and Anna (Kacalek) Jilek. She was raised and educated in Snow. Rose moved into Dickinson with her mother and siblings after the death of her father in 1943 and worked at the Cozy Lunch Café with her sister, Tillie. Rose married Stephen Filipi on August 19, 1946 and moved to the family farm south of Dickinson where they raised their family of 12 girls and three boys.

Rose was a member of St. Pius Verein, Catholic Daughters and Christian Mothers. God’s will was her north star. She prayed daily, her faith was strong. Daily Mass, Rosary, Adoration; she even had a prayer book in her garden shed. Rose was a sponsor of the Sunday Rosary on KDIX for many years and collected donations to help pay the programming costs. In her later years, she would walk on the treadmill, while singing the Divine Mercy Chaplet. Mom loved to shop; the thrill came from finding the best bargain. She was a fantastic cook. We loved her Easter bread and Christmas bread, No Peek Chicken Bake, pigs-in-the-blanket, rolled out dumplings, and caramel rolls.

Rose’s flower gardens were her pride and joy. Another love was to work at the polls on election day, to visit with friends and receive a paycheck. Besides her green thumb, Rose was gifted with a sharp wit and quick tongue. She loved to tease and always had a clever comeback.

She was an outside girl. She loved working with her dad as a youngster with the sheep and her horse, or with her husband in the field on the farm.