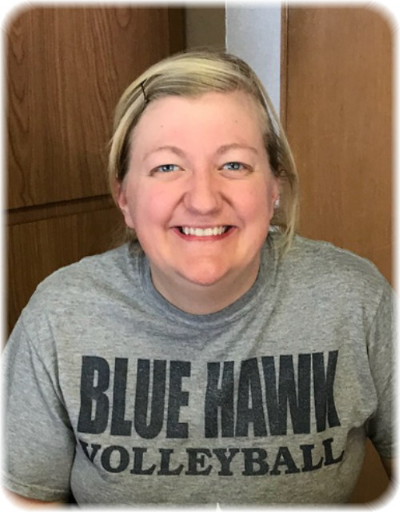 Katie was born on March 4, 1990, to James and Patty (Lantz) Thomas of Mott. She was the youngest of four children and her arrival into the world was joyously celebrated by the members of her family who knew that another girl was needed on the farm. She was raised on the family farm, and from an early age, had a special talent for caring for animals. She spent many summers nursing kittens back to health and building live traps to catch mice and release them back into the wild. This affinity for animals was apparent as she would spend hours pretending to be the family dog, rather convincingly, and would also persuade her parents and grandparents to purchase rabbits, ducks, geese, pigs, and horses to add to the herd. Her talents really shined when it came time to work cattle. She looked forward to these days, was always ready to give shots or tags, and never shied away from a sick or injured animal who needed help. Even as her health declined, she continued to care for cattle and horses together with Tanner, and in her last two weeks on Earth, she rescued kittens for her daughter.

When she was not with animals, Katie used her big imagination. Growing up on the farm was never boring with Katie. A stick could be a toy, if it was a “coo-coo” stick that made you see stars. A sandbox could be a kitchen if your cooking show was filmed there. A back yard could be a theater, and a tractor could be a carnival ride. In many of these fun times, music was involved as Katie had a talent for singing and playing instruments. If it was time for a “dance party,” cleaning out the shop was not such a terrible chore. She shared these gifts with her daughters, shopping at the basement “grocery store” and building Barbie mansions.

As she grew up, Katie’s love for music led her to be a part of the high school band and choir, succeeding in many music competitions. At Dickinson State University, she studied music and participated in the Marching Band, Concert Band, and Concert Choir. In her time at DSU, she worked in the financial aid office, making many lasting friendships. She was also a gifted athlete, enjoying tough volleyball matches, and even took down some vicious competitors in a ping-pong, corn hole, or Spike ball game or two.

In high school, she met her husband, Tanner, and they were married on October 1, 2011. They welcomed five children together and raised them on their farm north of Mott, spending time outdoors gardening and taking care of animals as she loved. She enjoyed entertaining, cooking, baking, playing cards and working side-by-side with Tanner on the ranch. Family and friends were extremely important to her. She fought to be here for her family and loved being a stay-at-home mom. People who knew Katie can already see so many of her wonderful qualities living on in her daughters.

Throughout her life, Katie’s strong faith has been an inspiration to us all. She put prayer first and, especially in the years of illness, she would gather those around her and confidently lead prayers. Hospital visitors were not allowed to leave without joining together with her in prayer. She will forever be loved and missed.

She was preceded in death by her son, John; her niece, Sophie; grandparents, Fred and Kathryn Thomas and Kasper and Maggie Lantz; and aunts, uncles, cousins, and friends.