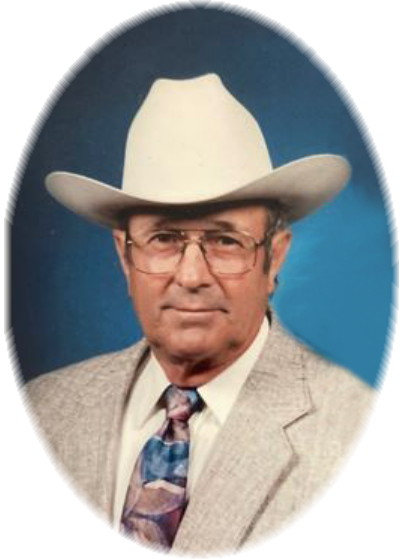 Victor Scholz, 85, Richardton, died on Thursday, July 7, 2022 at CHI St. Alexius Dickinson. Victor’s Mass of Christian Burial will be at 9:30 a.m., Tuesday, July 12, 2022 at St. Mary’s Catholic Church, Richardton with Fr. Thomas Wordekermper, OSB as celebrant. Interment will take place at St. Stephen’s Cemetery, south of Richardton. Visitation will be on Monday from 12 p.m. to 1 p.m. at Ladbury Funeral Service, Dickinson with a rosary and vigil at 1 p.m. with Deacon Robert Bohn presiding.

Victor was born October 23, 1936 on the Scholz family farm in Lefor, to Frank and Meta (Dassinger) Scholz. He was the youngest sibling in the family after two brothers and five sisters. He met his future wife, Caroline Mosbrucker, at the Halfway Dance Hall in 1954 and they were united in marriage on June 21, 1956. They moved to a farmstead southeast of Richardton where they began their journey of farming, ranching, and raising their four children. Victor remained on the farm up until his death.

In his earlier years, Victor was known for his participation in stock shows across North and South Dakota where his prized and sought after registered Polled Hereford Bulls were sold to buyers in Minnesota, South Dakota, and Nebraska. He was an avid attendee of horse sales, enjoyed collecting antique toy tractors, and could never resist the opportunity to watch a good rodeo or eat a red Cloverdale hotdog. In recent years, he became a dedicated follower of Hannity, Fox News, Judge Judy, and the PBR.

He was known to his grandchildren and great-grandchildren for always carrying a sweet treat with him. He could never resist sharing a sucker, gum, or Hershey’s bar with almonds and loved the smiles he would get in return.

Being a lifelong farmer and rancher, Victor proved to be a steward of the land that was embedded in his heart and soul. His strong and passionate work ethic were modeled and passed on to his children and grandchildren.