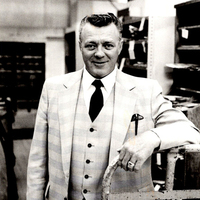 A Mass of Christian Burial will be held at 2PM, Wednesday, July 6 at Church of Corpus Christi, 1919 N. 2nd St. Bismarck, with Msgr. Patrick Schumacher officiating. Visitation will be held from 5 to 7 PM, Tuesday July 5 at Parkway Funeral Service, 2330 Tyler Parkway with a vigil/rosary service starting at 7PM.

A service livestream will be viewed at Corpus Christi’s facebook page: https://www.facebook.com/CorpusBismarck/

James was born to Owen and Margaret McIntyre on August 23, 1934 in Arena, ND.

James married Wilma Backer on May 23, 1956 in Wing, they had three children, Jeffrey, Cynthia and Gregory.

He worked for the Bismarck State Fur Company and then was in management at the Bismarck Post Office before moving to Rugby as U.S. Postmaster, a position he held until his retirement. After retirement, he got into trucking and school bus driving.