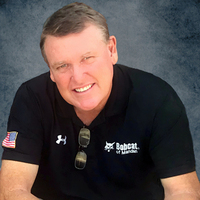 John Daniel Dinneen, 61, passed away July 4, 2022, in Bismarck, ND, surrounded by family after a yearlong cancer journey during which he showed an inspiring amount of courage and perseverance.

A Mass of Christian Burial will be held 10 a.m. Monday, July 11, at Cathedral of the Holy Spirit, 508 Raymond St, Bismarck.

Burial will follow at St. Mary’s Cemetery, Bismarck, after which lunch will be served at the church.

John was born February 22, 1961, in Rochester, MN, to Daniel and Carol Dinneen. One of five children, he spent his early childhood in West Fargo. He then spent many formative years living in Bismarck before the family moved to a farm near Huff, ND. John’s experiences living in a traditional neighborhood full of kids and the hard work required on the farm shaped the man he would become. The family eventually settled in Mandan where John graduated from Mandan High School in 1980. John was blessed with many friendships in youth that went on to last a lifetime. And his sibling relationships meant so much to him.

After graduating high school, John went on to earn a welding certificate from North Dakota State College of Science in Wahpeton, ND. John spent his working years building up his business, Bobcat of Mandan. Over the years, his hard work and dedication to his employees and customers resulted in a successful and respected business. During his time in the implement trade, he made many friends in the local equipment, construction, and farming communities. John was honest, a hard worker, and well-respected by those who worked with him. Though John is gone, Bobcat of Mandan continues on through the work of his son, David Dinneen.

John married the love of his life, Beth Hoff, on June 28, 1984. They worked hard to raise a family of four children and had many adventures together. Especially over the last ten years, they traveled extensively together and often with their friends, Gary and Amy Wickenheiser. They particularly loved their diving trips to Honduras and exploring Ireland. John and Beth relied on one another in a way that demonstrated a strong partnership.

John was a true example of generosity. He gave freely of his time and talent to school and community needs throughout his life. Whenever he was asked for a donation, he would give more than requested. In the years before cell phones, he never failed to stop for a stranded driver. A particular example of his generosity was when he stopped to offer assistance to a homeless woman. She explained she had left an abusive situation and wanted to take the bus home to the west coast, but because her dog wasn’t allowed on the bus, she had to hitchhike. John bought her and her dog a plane ticket home. We can only tell these stories now that he is gone as he would never tell them himself. He exemplified the gospel command to give to those in need without fanfare.

John’s greatest pride and joy was his children and grandchildren. He was a busy man, but his children knew he would always make time for math homework help or a round of basketball in the driveway. They fondly remember his epic dodgeball games in the basement. He rarely missed a soccer or football game when his kids were playing. John led by example and in doing so taught his children the values of integrity, sacrificial love, hard work, and courage. He was so proud of the adults they became. Throughout the last eleven years, John embraced the role of grandpa. There is no way to overstate the love and adoration his grandchildren had for him. He would walk into a room and lots of little feet would run towards him with shrieks of joy that Grandpa John was here. He was known for snuggle time, extra syrup on pancakes, rough housing, wild car rides, ice cream for breakfast, and never telling them no to anything.

He was preceded in death by his parents and his beloved niece, Shannon Locati.

In memory of John, please consider a donation to the Catholic Indian Mission in Fort Yates, the Women’s Care Center in Bismarck, or St. Gianna’s Maternity Home in Minto, ND.