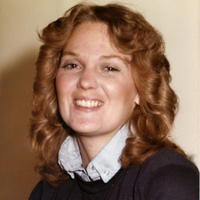 Marchelle was born April 14, 1954, in Minot, ND to Ramon and Mary (Bond) Parizek. She was educated in Deering and completed high school in Minot.

Marchelle was married to Kevin Michalik, they made their home in Minot, England and Fayette, NC.

Marchelle worked at Behm’s Truckstop and the 711 in her early working years. She became self employed as a talented seamstress/upholsterer. She was an artist with any textile she put her hands on.

Marchelle loved Christmas and kids. She volunteered at the Hostfest and at the Hospital and was the most kind and selfless person on this Earth, putting everyone else and their needs first. She will be deeply missed by all who shared in her life.

Marchelle was preceded in death by her parents and brothers Ronald ‘Snuffy’ and Robert Parizek.

Funeral Service:  11:00 a.m. Wednesday, September 14, 2022 at the Thomas Family Funeral Home, Minot.
Interment:  Deering Community Cemetery, Deering, ND
Visitation will be held one hour prior to the service at the funeral home.