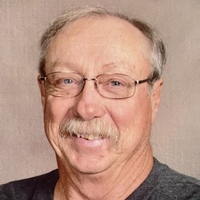 Visitation will be held from 5 to 7 p.m. Wednesday at Parkway Funeral Service, 2330 Tyler Pkwy, Bismarck. A prayer service and a time for sharing of memories will begin at 7 p.m.

Donald Bailey was born in a blizzard to Donald and Helen Bailey in Bismarck on January 4, 1949.  He attended Riverside, Hughes, and Bismarck High School and served in the Navy from 1969-1973.  His squadron was attached to the USS Midway during the Vietnam War.  Don and his family were able to visit the aircraft carrier in San Diego on Father’s Day in 2014 where Don gave his family a personal tour.  He was a lifelong member of the VFW.

Friends since junior high, Don married Kerry Grey on October 17, 1974. They welcomed a daughter, Sara, in 1977 who instantly became his pride and joy. Don was a hard worker in all he did and was employed at Cole Papers for 33 years.

Don loved camping, fishing, and hunting with Kerry and his friends. He enjoyed caring for his beautiful garden, yard, and his dog, Dreya. Most of all, he loved doing all of these things with his four grandchildren and taught them countless lessons about life. His love of music has been passed down to his grandchildren.