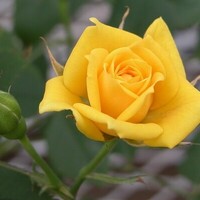 Shirley Ann Gabriel, a very special loving soul borrowed to us all has entered heaven on Father’s Day June 19th 2022.  Shirley’s life was filled with bountiful love, beautiful sharp-witted humor and endless courage.  She truly lives on in all of us.  We are sad to see her go for so many wonderful reasons, but her time here was at end.  You could almost hear the angels playing the trumpets as the heavens brought her home.  Certainly, heaven got a lot brighter and funnier.  Is it really that long till we join her?

Mass of Christian Burial will be held 1 p.m. Friday, July 8, 2022 at St. Mary’s Catholic Church, 825 E. Broadway Ave, Bismarck. Visitation will be on Thursday, July 7 from 5 to 7 p.m. with a Vigil Prayer Service starting at 7 p.m. at Parkway Funeral Service, 2330 Tyler Parkway, Bismarck. Following the service there will be a catered meal to celebrate Shirley at Huff Hills at Shirley and Joe’s building/property. Everyone is welcome and encouraged to come!

Shirley was born to Anton and Anna Mary Gabriel, each the child of a homesteader in the Strasburg area, on March 6th, 1948.  Her father worked right next door to their house on Main Street in Strasburg as a mechanic while her mother made of course some of the best German cooking around.  At one time her parents owned the “Blue Room” a well-known local bar/event promoter.  They moved to Bismarck when Shirley was in the third grade and her father purchased most of the block at 21st and Broadway, what is now House of Color, and set up his new and used car business known as Tony’s Motor Sales.  Shirley attended Annunciation Priory for three years eventually transferring to for her senior year and graduating from St Mary’s.  She attended both Bismarck State College, where she became one heckuva pinochle player, and Dickinson State College.

Shirley brought three children into this world, Annie, Kate and Medora all whom survive her.  When the children were young, Shirley baked a whole wheat molasses bread continuously that many of us remember as the best ever, quite often six loaves a week to satisfy their insatiable hunger.  Her kitchen was filled with love and foods of all kinds that were close to the source.  She milked sixty head of cows using organic methods, largely by herself, while raising those young gals.  When it came time to sell the calves, they fetched top dollar because of how good their coats looked.

She met the love of her life, Joseph Vuolo, in the summer of ‘79’ while giving him a ride to his softball umpiring and began dating him the following spring.  They were married in Saint Mary’s church December 7th, 1985.  As well as her family who she devoted herself to, Shirley has a wide set of friends who come in different circles.  She worked a variety of jobs including Peacock Alley when it first opened, DRIS, a reading service for the blind, the softball mailing list for ND which provided the seed capital for the family houseboat.  Many dreams were realized when the family was blessed to enjoy nearly twenty summers on the Missouri River parking their houseboat near other houseboats with Shirley and Joe’s river rat friends.  All knew her as a genuine human being with a fabulous sense of humor so many experienced over and over never ever tiring of it.  She had her extended family whom she kept in her life, her river rat friends whom she spent many summers on the sandbars with, her friends her husband Joe kept (some might say there was too many), her friends from Annunciation Priory and Saint Mary’s and last to be named but not the end were her rummage sales friends.  She was truly a skilled rummagaholic and she left us with many material reminders full of her love.

Although material things, as most who knew Shirley, played a remarkable role in her life, her love touched everything in her life especially animals.  They dogs included but were not limited to Cowboy, Laddie, Haley, Brownie, Gypsy, Caleb, among others and there was Jinx the unforgettable black cat that was more human than cat.

Shirley had not one but two green thumbs.  The thousands of flowers which surrounded their family home on 6th Street was always a colorful treat to behold.  The yellow rosebush planted when her mother died twenty years ago still thrives in the front yard.  Hopefully, you noticed the angel playing the trumpet amongst the blossoming roses in the church bulletin.  It began blossoming the day she died.

All who visited Shirley’s home during any holiday knows she went all out with an exquisite touch never really knowing what she would do or how it would be displayed.   She leaves behind some of the most pleasing holiday ornaments.  There was never a holiday she didn’t decorate.  Every change of season would see a change in the house décor.  Her house was always an open door just like her heart.

Shirley is survived by her husband, Joe and their three daughters and six grandchildren, Zane, Skyler, Rhowan, Henry, Levi and Kalvin and so many family and special friends.


To plant Memorial Trees in memory of Shirley A. Gabriel, please click here to visit our Sympathy Store.