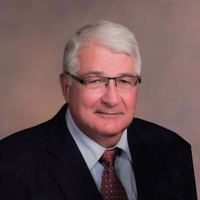 Robert “Bob” John Tonolli, 73, Bismarck, passed away on June 4, 2022 after a short battle with pancreatic cancer.

Visitation will be held from 5 to 7 p.m. Wednesday at Parkway Funeral Service, 2330 Tyler Parkway, Bismarck.

Bob was born December 22, 1948, to George and Stacia Tonolli in Blooming Prairie, Minnesota.  He graduated from Blooming Prairie High School in 1966. Bob’s college years were spent at St. Olaf College, Northfield, MN, where he earned a BA degree in 1970. While at St. Olaf, he met his future wife, Linda Nuessle. They were married in 1973. After graduating from college, Bob and Linda lived in Roseville, MN, where they both taught mathematics and Bob attended graduate school at the University of Minnesota. In 1974, they moved to Bismarck. Bob then began his career in accounting as the Division Accountant at the Super Valu Distribution Center in Bismarck. Before moving to Jacksonville, FL, with Super Valu, Bob earned his CPA license. After two years in Florida, he then worked for Super Valu in Fargo.  In 1988, Bob accepted a position as the Chief Financial Officer at the North Dakota Insurance Reserve Fund in Bismarck, the job he retired from in 2015.

All his life, Bob enjoyed athletics, specifically any sport involving a ball.  During his school years in Blooming Prairie, he played football, basketball, and baseball. While delivering newspapers, it was not unusual for him to have a few delayed deliveries because he had found a pickup game of basketball along his route. One of Bob’s proudest moments was being on the Blooming Prairie basketball team that played in the Minnesota state basketball tournament in 1966.  Later in life, his ball of choice became the golf ball, and he enjoyed many enjoyable hours golfing with family and friends.

Easy going and always quick with a joke, Bob made friends easily and nurtured many decades long friendships with classmates, coworkers and neighbors.  A devoted family man, Bob was very proud of his children and grandchildren.  One of his biggest regrets was not living long enough to see his granddaughters grow up.

In lieu of flowers, the family suggests memorials to the First Presbyterian Church, Bismarck or to the Bismarck State College Foundation.