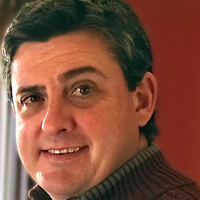 Eric was born January 16, 1978, at St. Alexius Hospital, the son of Tim and Judy Mock. He was raised in Bismarck and graduated from BHS in 1996. Eric had various jobs and went on to become an Electrician at ABC and T & M Electric. Eric enjoyed hunting on the Mock family farm, fishing for walleyes, golfing, and followed many sports teams – especially the Buffalo Bills. Eric always had time to help friends but most important to him was his son, Owen, and he cherished the time he got to spend with him.

Eric is now in heaven with his father, Tim Mock; grandparents, Frank and Carol Mock and Faye Olson.

We would like to thank the team at CHI St Alexius for the care given to Eric during his stay, including the doctors, nurses, Pastor Don and Sister Nancy just to a name a few.