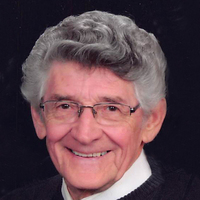 Lloyd A. Schmidt, Springfield, Missouri, died on January 4, 2020 at Mercy Hospital in Springfield. Cremation has taken place. A celebration of life was held at the Second Baptist Church, Springfield.

Lloyd was born on February 17, 1937 in Harvey, ND to Arthur and Lydia (Lutz) Schmidt. In 1955, he graduated from Goodrich High School and that same year entered the United States army. He served two years before he was honorably discharged and returned home. He attended North Dakota State University and University of North Dakota.

He worked as the Executive Vice President of the Fergus Falls Area Chamber of Commerce and Otter Tail County Resort Association in Minnesota. From there, he was employed as President of the Red River Valley Potato Growers Association, in Grand Forks, which is now known as Northern Plains Potato Growers. After leaving this position, he spent time in real estate and as a private investigator in North Dakota. Lloyd served in many capacities in city, county, state and national organizations during his working life.
Lloyd’s most cherished hobby was reading. His computer list showed a list of over 2200 books written by approximately 300 authors over the past 25 years.

He was once married to Valory Matz and together they adopted two children, Arthur and Lynette.
In 1987, Lloyd married Janice Dahlstrom in Grand Forks. They lived in North Dakota and after semi-retiring, he and Jan moved to Missouri, where they resided for 14 years.


To plant Memorial Trees in memory of Lloyd A. Schmidt, please click here to visit our Sympathy Store.