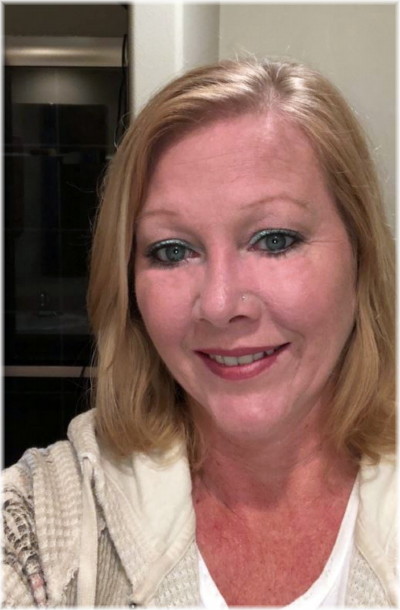 Myria Kay Walker, 49, Gladstone, passed away peacefully at 12:12 p.m. on May 31, 2022 with her loved ones at her side. Myria was diagnosed with a very aggressive small cell carcinoma on May 13, 2022. She started chemo and did quite well with it, but the chemo depleted her white blood cells and she could not fight the infection. Myria had pneumonia and was not able to fight it. There will be a Gathering of Family & Friends from 10 a.m. to 11 a.m. on Wednesday, June 8, 2022 at Ladbury Funeral Service with  a Celebration of Life at 11 a.m.

Myria Kay Walker was born in Reed City, MI, the daughter of Gary and Penny (Sowle) Walker. Gary and Penny divorced and Penny and the girls moved to Farwell, MI. Penny married Glen Lewis on December 26, 1975. Amy, Myria, Penny and Glen moved to Gaylord, MI where the girls attended Gaylord Elementary until 1980 when they moved to Gladstone, ND for Glen’s work. Myria attended Gladstone Elementary from 1980-1986. The family then moved to Dickinson to be closer to Penny’s job at the Ambulance. Myria attended school within the Dickinson Public School System from 1986 to 1991 when she graduated.

Shortly after Myria’s graduation, she moved to Monroe, WA with the love of her life, Shawn Hondl. Myria and Shawn were a couple from the time Myria was 17 until the day she passed away.

Myria worked many jobs throughout her lifetime. She started at Country Kitchen while in high school until graduation. In Washington, Myria worked as a waitress within restaurants and when she turned 21 she began bartending. Myria and Shawn moved back to ND in 1996, where she bartended until she began managing GodFather’s Pizza at which time she only bartended part-time.

Myria loved many things: her family, Shawn, her cats, her Harley, gardening, fishing and her friends. Myria met many people over her years of bartending and she became friends with most all of them. She had the most infectious smile and eyes that glowed with mischief.

She was preceded in death by her father, Gary Walker; grandparents, Frank and Marvel Sowle, Alvie and MaryAlice Walker, and Ken and Verdella Lewis; and multiple aunts, uncles and cousins.