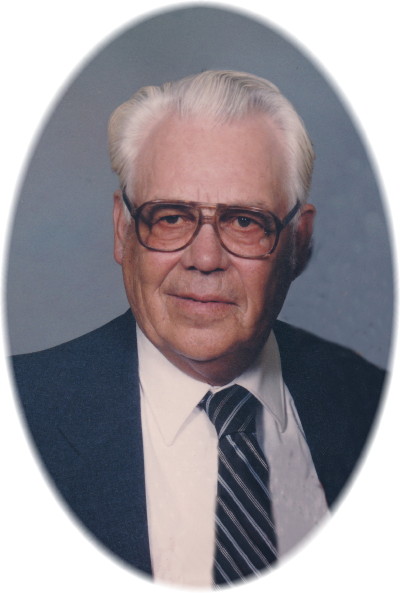 Lawrence Urlacher, 94, Hettinger, died on June 1, 2022 at Western Horizon Assisted Living, Hettinger. Lawrence’s Mass of Christian Burial will be at 10 a.m., Tuesday, June 7, 2022 at St. Mary’s Catholic Church, New England. Interment will take place at St. Mary’s Cemetery, new England. Visitation will be from 4 p.m. to 6 p.m. on Monday at Ladbury Funeral Service, Dickinson with a rosary and vigil at 6 p.m.

Lawrence George Urlacher was born on April 25, 1928 to George and Ethel (Thomas) Urlacher, the second of eight children. He grew up on the family farm located on the south side of the Rainy Buttes in Slope County. He attended a small country school graduating with an eighth grade education. At the age of 15 he was working away from the farm. First working on several farms as a farm hand, and then doing custom grain hauling with an old truck borrowed from his dad, shoveling grain on and off by hand. He was drafted at the end of WWII, but discharged before being shipped out due to the wars end. He truly was part of America’s Greatest Generation.

He married Clementine Stockert on October 3, 1949. They started life together living on a single quarter of land, located south of his parents’ farm near the Rainy Buttes. In 1950, they rented a place at Midway close to Amidon, which was subsequently sold, so they moved back to the place they started at near the Buttes. In November 1951 they moved to a farm that they rented from Pete Mellmer, located ten miles east of New England. They were on that farm less than a week when winter set in snowing them in for the duration of the winter. Mail and groceries had to be delivered by airplane.

Lawrence spent his life farming, first renting and then owning his own farm. He did a variety of custom farm work, especially making and moving haystacks. His custom farming began with a sprayer. He owned one of the first sprayers in the area, and used it on his rented land, then sprayed for neighbors. He loved to trap mink and ran a trap line along the river on his land. He would feed cattle, and then go check his traps. He also loved to hunt jack rabbits in his younger years, and was an excellent marksman. Whoa to the rabbits he saw, as he rarely missed a shot. In 1961, they purchased a farm from Clementine’s father, Raphael Stockert, located 19 miles north of Scranton, where they lived until their retirement, and where together with his wife, Clementine, they raised their five children.

He was a good farmer and rancher, operating a grain, dairy and beef farm. He was always an honest and hardworking man, well respected and liked by all who knew him. He was also the unofficial neighborhood vet, saving many a cow from milk fever. He loved his God, was a faithful and practicing Catholic, saying the Rosary daily with his wife Clementine. Lawrence always had an entrepreneurial spirit. He was a lifetime Knights of Columbus member, belonged to the St. Pius Verein. and served on the township board where he used his savvy financial skills to get them out of debt.

In his retirement years, he and his wife Clementine owned and operated Twin Buttes Campground and Trailer Park north of Bowman. They also ran an antique store and sold lawn ornaments. The store was a local gathering place for coffee and Clem’s baked goods. Lawrence and Clem enjoyed their children, grandchildren and friends. Lawrence spent his last years living at Western Horizons Assisted Living in Hettinger, moving there within months of Clementine’s death. Now in death they are again united; both will be missed. May eternal rest be granted to them.

He was preceded in death by his loving wife, Clementine on April 8, 2015; son, Lavern on September 2019; his parents, George and Ethel Urlacher; sisters, Jenny Thompers and Josephine Dubisar; and brothers, Thomas, Ralph, and Sylvester Urlacher; sisters-in-law, Clarine Urlacher, Jackline Urlacher and Bridgette; and brother-in-law, Gilman Peterson.