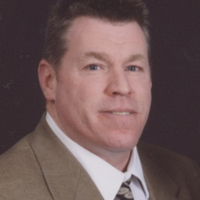 David Scott Darrow, 53, Rural Minot, died Monday, June 6, 2022, at his residence while working on his race car, doing what he loved most.

Scott was born August 1, 1968, in Detroit, Michigan, the first son to his loving parents David and Dottie Darrow. Throughout his younger years he lived in several states from Alaska, where he was educated, Florida and Indiana. He attended Besser Technical College in Alpena Michigan, where he received automotive training.

From an early age and with a nudge from his father, Scott developed a passion for drag racing that would consume him and shape the rest of his life. His pursuit for speed would lead him on wonderous adventures, whether street racing as a teenager, to cruising Woodward Ave in Detroit in his black Camaro, to wrenching on and driving nitromethane burning – A/Fuel dragsters around the United States and ultimately as a member of the “281 Street Crew.”

Scott worked for several professional race teams in Indiana. He was united in marriage to Sandy Perkins on February 5, 2011, at Lowell, Indiana. They moved to the oil fields of North Dakota, where he was employed for MBI as a diesel mechanic.

They moved to Minot in 2015, where he continued with MBI, until he went to work for Butler Machinery as a heavy equipment technician in 2019.

Scott loved being at the racetrack, whether it was working on cars or racing them.  He was a member of the NoDak Speedway and 701 Outlaws. After moving to North Dakota, his interests in the outdoors grew and he enjoyed hunting, fishing, exploring, and the companionship of his two dogs, Diesel and Dixie.

Scott was a fiercely loyal friend and his devotion to his family will forever be unmatched.

Service:  The family wishes for all to come to the Magic City International Dragway on Saturday, June 11, 2022, where Scott will be honored at Noon and 5:30 p.m. as a part of the Races.