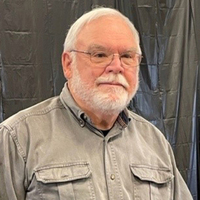 A funeral service will be held 2 p.m. Wednesday, June 1, at Parkway Funeral Service, 2330 Tyler Parkway, Bismarck. Family will begin greeting visitors an hour prior. Following the service, burial will take place at the Menoken Cemetery. Immediately following the burial, there will be a time of fellowship, food, and a celebration of Jim’s life at Flash’s Place in Sterling.

Jim was born on July 18, 1950 to Ernest “Duke” and Rosemary (Kenny) Lang. He was raised and educated in McKenzie, ND, and graduated from Wing High School in 1968. In 1970, Jim graduated from NDSCS in Wahpeton with a degree in Civil Engineering. After college, he was employed with the city of Minneapolis as an engineer and surveyor.

After farming for many years, Jim followed his love of trucking and worked for several years on the road. He always impressed his grandchildren with his ability to pull triple trailers with ease. After retiring from commercial trucking, he continued to transport commodities for Appert Farms in Hazelton, ND. He created many farmyard friendships and he continued to keep in touch daily. Upon retirement, Jim worked for Aberle Farms in Menoken.

Jim loved motorcycles and riding with Sharon since high school. In their motorcycle travels over the years, they reached all five Great Lakes, Niagra Falls, New York, Key West, Las Vegas, Beartooth Pass in MT, and all of the states along the way. They went to Sturgis on many occasions and recently conquered the “Tail of the Dragon” along the TN/NC border which included 318 curves in 11 miles.

Jim’s creativity and “fix anything” attitude and skill produced many wonderful projects and gifts for his grandchildren over the years. He also had a knack for trying out new recipes during retirement and everyone awaited his famous upside down apple pie every holiday. Jim loved to share his homemade bread with friends and family.

Jim was preceded in death by his parents, Ernest “Duke” and Rosemary Lang.

*And the Chevelle is still not for sale*