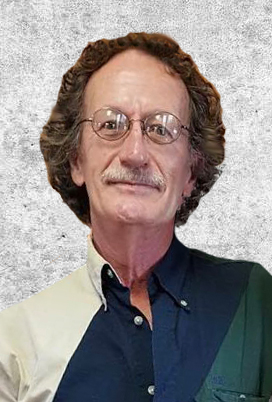 Posted at 15:50h
in Uncategorized
by staff

A funeral service will be held at 1:00 PM on May 27, 2022 at Trinity Lutheran Church, Napoleon, ND with Rev. Susan Anderson officiating. A live stream of the service will be available on the Bismarck Funeral Home Facebook page.

Visitation will be held May 27, 2022 from 12:00-1:00 PM prior to the service at Trinity Lutheran.   Burial will take place immediately following the funeral service at Napoleon Cemetery.

He spent his early years on the family farm outside Napoleon helping his parents and older brothers with the farm chores. During this time, Jeff loved being around his Grandma Kroll, learning how to cook and spending quality time with her. At the age of 16 he packed his bags and started traveling on his own. He studied at the University of Devils Lake for a short period of time, then moved to SteamBoat, Co where he worked on a ski resort.  According to Jeff, it never really felt like a job because he got to ski whenever he wanted too. Jeff first learned how to install floor coverings from his uncle Oscar. He took this new skill and ran with it, and for the rest of his life he dedicated his time to perfecting this craft. He would also regularly seek out farming work from friends; he truly loved being outdoors.  He met Kim Fischer and was gifted two honorary sons, Dustin and Caine, and in 1997 and 2000, Jeff and Kim welcomed their two beautiful daughters, April and Kaitlin. Jeff loved to garden; his vegetable gardens were always a spectacular sight, and he was well-known for his homemade salsa. Jeff loved spending time with his parents and daughters, often traveling cross-country for Kroll family reunions.

There is no doubt Jeff was an avid gardener, artist, adventurer, rock n’ roll purist, and expert flooring installer.  He will be greatly missed.

He is preceded in death by his Grandparents, his parents Marvin and Irene Kroll, his son Caine Fischer, and many Aunts, Uncles, and Cousins.