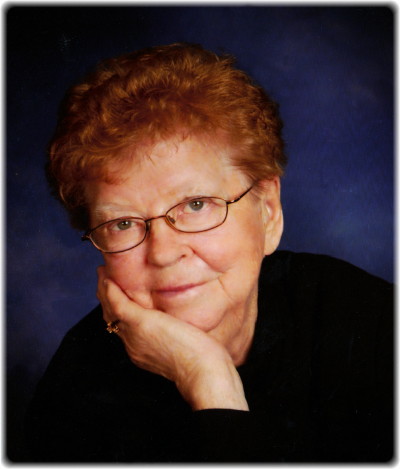 Josephine “Josie” Kralicek, 89, Dickinson, died on Monday, May 23, 2022 at St. Benedict’s Health Center, Dickinson. Josie’s Mass of Christian Burial will be at 10 a.m., Thursday, May 26, 2022 at Queen of Peace Catholic Church, Dickinson with Fr. Kregg Hochhalter as celebrant. Entombment will follow at the Dickinson Mausoleum. Visitation will be on Wednesday from 4 p.m. to 6 p.m. at Ladbury Funeral Service, Dickinson with a rosary and vigil at 6 p.m. with Deacon Leonard Krebs presiding.

Josie was born on September 20, 1932 to Joseph and Anna (Faiman) Jablonsky. Josie grew up in New Hradec and then Dickinson. While living in Dickinson, Josie met and married Joseph Kralicek Jr. on September 18, 1951. They began their married life together on the Kralicek family farm five miles north of Dickinson. To this union Darla Jo was born in 1959 and Kelly Joseph in 1963. Josie and Joe farmed and ranched until retiring and moving to Dickinson in 1992.

Through the years, the Kralicek house was the place where friends and relatives were entertained and fed well. Josie was an excellent cook and baker. From snowmobiling, card parties, expansive holiday dinners to cattle events like branding or just having friends over, no one ever left Josie’s with an empty stomach. Josie was known for driving a tractor most of the day with kids by her side and putting out a hot meal for everyone to enjoy once in from the fields.

Josie’s love of cooking paved her way to become the head cook at St. Patrick’s Elementary School in Dickinson. This meant she cooked for her own grandkids as well as many great nieces and nephews on a daily basis. Her excellent bread making skills were second to none and her kolaches, rohliky and chicken noodle soup were everyone’s favorites.

Josie loved music and sang with the Czech Heritage Singers. She volunteered at church and served as chairperson on the church circles. Spending time with her sisters, Martha and Georgia, and cousin Loretta along with music, dancing, traveling, entertaining, playing cards and gambling were all parts of Josie’s life. However, Josie’s greatest joys were being with her kids, grandkids and great-grands.

A special Thank You to the wonderful staff at St. Benedict’s Health Center who took care of Josie over the past few years.