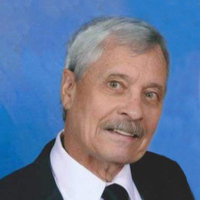 Wes Plummer was born March 4, 1938, in Norfolk Nebraska to Wallace A. and Zada Plummer. His sister Wallis Ann was born a year later. They were raised in Norfolk until moving to Sioux Falls South Dakota in 1948. Wes’s main interest was playing golf at the Minnehaha Country Club in Sioux Falls. He was on the Washington High School golf team that won the state championship in 1956. Wes attended the University of Nebraska in Lincoln for two years and then transferred to Augustana University in Sioux Falls for two years where he met his wife, Janie Petersen. Wes and Janie were married in 1960. Wes graduated from Concordia College in Moorhead Minnesota in 1961 with a BA in Political Science. Their son Wes, Jr was born in 1961. They lived in Holdrege NE for two years and in 1963 Wes went to work for State Farm Insurance as an Auto Claims Representative in Lincoln Nebraska. State Farm transferred Wes, Janie and Wes, Jr to Minot in 1966 where their daughter Susan was born in 1966. Wes retired from State Farm after 35 years in 1998.

Wes thought that golf should be played properly like when it was invented in Scotland. He preferred to walk the whole eighteen holes. This is probably why he was asked to be a USGA Committeeman with the Pub-links Committee for 30 years and a USGA Rules Official for 30 years. As a USGA committeeman he attended the USGA Public Links annual tournaments, officiated the matches and also played famous golf courses that were otherwise unavailable to the public. He made long term friendships with outstanding US golfers. He also attended four USGA- PGA Rules Workshops and was a Golf Digest Panelist for 15 years. He was awarded the Ike Grainger Award from USGA in 2011. Wes was a Rules Official at NCAA Division One Championships and Rules Official at NCAA Division Three Championships for several years.

Wes served 24 years as a member of the Minot Park Board and no money was wasted when he was on the park board. Wes, Steve Kottsick and Rudy Zupetz, had the idea to build a golf course just for kids in Minot. They, along with Jack Hoeven built the Wee Links and were co-founders of North Dakota’s first United States Golf Association First Tee program in 2003. It was a state of the art golf course, the first in the country.

Wes made several golf trips to Scotland and Ireland and especially enjoyed playing the Old Course and other famous historic courses with son, Wes Jr. and friends.

They have lived in Minot since 1966. They spent four winters in Naples Florida and three winters in Pinehurst North Carolina. Wes’s golf career ended in 2016 when he was diagnosed with Parkinson’s Disease and later with PSP (Progressive Supranuclear Palsy).

Wes is survived by his wife Janie of 63 years and their children Weslie (Becky) Plummer of Pinehurst, NC and Susan Cottingham (Jack Hannon) of Tampa FL and by Wes’s sister, Wallis Ann (Curtis) Blunt of Lincoln, NE. He is also survived by their grandchildren Christopher Plummer of Dayton, OH and Stephanie (Cole) Anderson of Minot and numerous nieces and nephews.

Wes was preceded in death by his parents, parents in law Jens and Helen Petersen, in laws Doris and Gene Hervig, and Frank Peck and niece Andrea Wallerick.

Wes’s funeral will be at Cornerstone Presbyterian Church at 11:00 on Saturday May 21 with lunch to follow at 12:30 at Souris Valley Golf Course.
Visitation: One hour prior to the service
Memorials are preferred to Progressive Supranuclear Palsy (PSP).