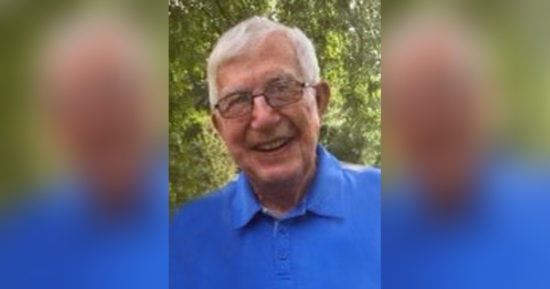 Jerome (Jerry) John Schaff passed away on Saturday, May 21st, surrounded by his loving family, after a year-long battle with esophageal cancer. Mass of Christian Burial will be held at 10:00 AM, Friday, May 27, 2022, at Corpus Christi Catholic Church in Bismarck with Msgr. Patrick Schumacher officiating. Visitation will be from 4:30-6:00 PM with a Parish Rosary/Vigil beginning at 6:00 PM led by Fr. Nick Schneider on Thursday, May 26, at Weigel Funeral Home. Visitation will continue one hour prior to the funeral on Friday.

Jerry was born on May 13, 1939, in Carson, North Dakota, the third of four children of Michael and Katherine (Katie) Schaff.   After living in Mott for a brief period of time, Jerry spent the majority of his childhood in Mandan, graduating from Mandan High School in 1957.   He then attended Bismarck State College and the University of North Dakota, graduating with a degree in Accounting in 1963.  After graduating from college, Jerry worked with the State Tax Department for several years before forming Braun & Schaff, an insurance agency and income tax service, with Donald Braun.  Jerry continued to help his clients, who he considered friends, with their taxes and financial services for the entirety of his career, including most recently in a partnership with his oldest son, Michael.

Jerry married the love of his life, Betty, in 1968.  During their fifty-three years of marriage, they raised three sons and were blessed with eleven grandchildren, each of whom adored Jerry.

Jerry was beloved by his family and friends for his sense of humor and the joy with which he embraced each new day.   Professionally, he was valued and respected by clients and colleagues for the thoroughness, integrity and personal touch he brought to their relationship.

In his spare time, Jerry enjoyed traveling (he visited all 50 states and 6 countries), playing golf, cards and board games and was an avid fan of the Boston Red Sox and Minnesota Vikings.  More than anything else, however, family was the most important part of Jerry’s life.  He was a devoted husband, son, brother, uncle, father and grandfather who took great joy in spending time with family, often driving great distances to do so.

Jerry is survived, with hearts that are heavy, but full of wonderful memories, by his wife Betty; his son Michael and his wife Kim, Bismarck; his son Mitch and his wife Leigh, Ithaca, New York; his son John and his wife Julie, Chicago, Illinois; grandchildren Michaela, Nicholas, Elle (and her fiancé Bradley), John Michael, Benjamin, Maria, Sofia, Samara, Bodhi, Jack and Gus; his sister Darlyne Koch, Yuma, Arizona; sisters-in-law Katherine Turner, Verna Mae Schaff, and Kaye Schaff, brother-in-law Donald Johns, and niece Alicia Phillips (considered like a daughter to Jerry and like a sister to his sons).

Jerry was preceded in death by his parents Michael and Katherine (Katie) Schaff; brothers Wilbur Schaff and Michael Schaff; and brother-in-law Charlie Koch.

In lieu of flowers, the family requests that donations be made to the Bismarck Cancer Center or the Mandan/Morton Public Library