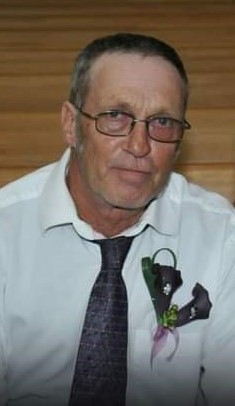 Posted at 19:11h
in Uncategorized
by staff

Randall (Randy) Kay Wilson 69 passed away peacefully early Sunday Morning May 15th 2022 at his home in Bismarck, ND. A memorial service will be held at 11:30 AM CDT on Friday, May 20, 2022 at Bismarck Funeral Home. A public visitation will start at 10:00 AM CDT at the funeral home.

Randy’s life was filled with Pride and Joy being surrounded by his 11 grandchildren.  He worked many jobs in his life from oilfield to mechanic, farm work to his most recent as a parts runner for OK Tire in Bismarck.  In his spare time, he liked to tinker with many things.  Working on vehicles and small engines to pass the time, he also liked to work on small remodel projects as an apartment manager, where he resided with his beloved wife of 43 years.

Randy was born to Howard and Dora Lu Wilson in Feb 1953.  He was known as a man that was a jack of all trades and master as well.  He was known to get a task and get it done without hesitation.  Nothing was too big or too small.

His passion was to make sure everyone around him was happy.  His greatest accomplishment was knowing he gave to others, even if it was the last 5 in his wallet.  He was always telling stories and making jokes. His laughter was contagious.  A smile is all he wanted from everyone around him.  He loved to get hugs and kisses from his grandchildren and teach them new things.