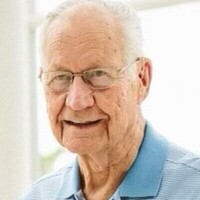 Gilbert was born on July 9, 1934 in Baldwin to John and Nellie (Peterson) Nordstrom. He grew up in Bismarck and attended Bismarck High School, graduating in May 1952. He enlisted in the U.S. Army and served from 1952 until 1955. During his time in the military, he was stationed at Ft. Hood, Texas, and Germany.

Gib was employed with the Burlington Northern Railroad for 50 years prior to his retirement in June 1996.

In his spare time, Gib enjoyed reading, fishing and camping. He also enjoyed his time as a HAM radio operator.

He was preceded in death by his parents, John and Nellie; and his eight siblings.

In lieu of flowers, memorials may be sent to the Bismarck Veterans Memorial Public Library.