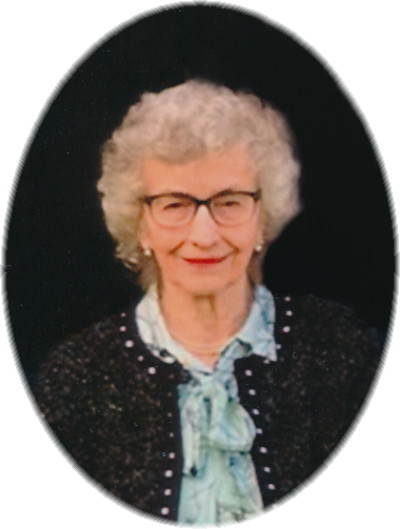 Irene Jirges, 86, passed away on May 15, 2022, surrounded by family at Missouri Slope Lutheran Care Center, Bismarck. Irene’s Mass of Christian Burial will be at 10 a.m., Saturday, May 21, 2022 at St. Wenceslaus Catholic Church, Dickinson with Fr. Christian Smith as celebrant. Interment will follow at St. Wenceslaus Cemetery, Dickinson. Visitation will be on Friday from 6 p.m. to 7 p.m. at Ladbury Funeral Service with a rosary and vigil at 7 p.m. Visitation will continue one hour prior to the Mass at the Church.

Irene Marie Kadrmas was born December 17, 1935 in Dickinson, daughter of Alphonse and Hattie (Franchuk) Kadrmas. She was raised on the family farm northeast of Dickinson. The oldest of 15 children, she graduated from Versippi High School in 1954. She met Alfred Jirges in 1952, and shortly thereafter he was drafted to the Korean Conflict. They corresponded through letters while he was stationed in Korea and upon his return, were married on July 14, 1954. They moved to the Jirges farmstead in New England, where they raised their six children. In the fall of 1977, they moved to Dickinson. Alfred passed away September 20, 2008. Irene moved to Bismarck in 2009, and lived there until her passing.

Irene’s strong Catholic faith found her leading the Rosary in parishes wherever she lived, most recently at St. Mary’s Catholic Church in Bismarck. She was a member of the Catholic Daughters.

Irene sold Avon for a period time and enjoyed visiting with her customers. She and Alfred enjoyed bowling together on leagues in New England and Dickinson. She loved to garden and plant flowers, and always had a bounty of vegetables to share with her family.  Her home was the center for family gatherings, always complete with her famous kolaches and apple dumplings. Irene had a great appreciation for taking pictures. Her home was full of photographic memories of family, either taken by her or received from family.  Her siblings and family were very important to her, she enjoyed the many gatherings at the Kadrmas farm.