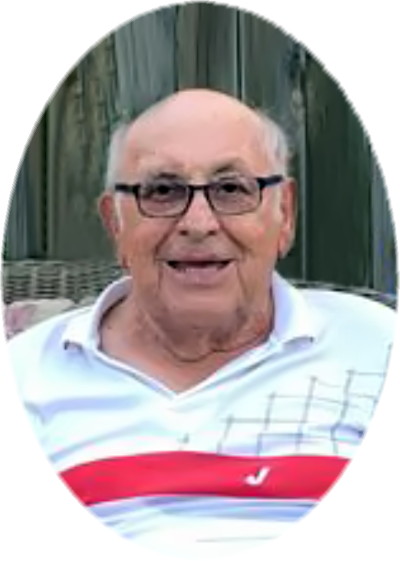 Ervin Frank Schiff, 86, died on Monday, May 16, 2022 at St. Luke’s Home, Dickinson. Ervin’s Mass of Christian Burial will be at 10 a.m., Friday, May 20, 2022 at St. Wenceslaus Catholic Church, Dickinson, with Fr. Ben Franchuk as the celebrant. Interment will follow at St. Wenceslaus Cemetery. Visitation will be on Thursday from 4 p.m. to 7 p.m. at Ladbury Funeral Service, Dickinson with a rosary & vigil at 7 p.m. with Deacon Bob Stockert presiding. Visitation will continue one hour prior to the Mass on Friday.

Ervin Frank Schiff was born on July 15, 1935 in Dickinson, the son of Frank and Gisela (Blasy) Schiff. He attended Lefor school where he played basketball for the Lefor Leopards and graduated in 1954.

Ervin married the love of his life, Eileen Kadrmas on May 28, 1956 at St. Wenceslaus Catholic Church, Dickinson.

Ervin began his career at Electric Sales and Service working on the floor where his love of his community and customers grew along with the business. His incredible work ethic and with his gentle nature will be remembered by all those who passed through the doors of Electric Sales and Service throughout his 66 years of service. Ervin became sole proprietor of the business and worked alongside his son, Jeff.

Ervin’s love of family was shown by his continual presence and support at his children’s and grandchildren’s activities whether it was a concert or game. He spent many hours watching baseball, basketball and THS, DHS and DSU football, even traveling to Springfield to see his grandson Austin’s games. Ervin also enjoyed evenings with Eileen watching the Twins play in addition to spending many hours in his workshop creating beautiful gifts for his wife and children. He served secretary of the Eagles Club for 20 years and was a past president. He was also a member of the ritual team. Ervin was a life member of Knights of Columbus, Eagles, Elks and Czech Heritage.

He appreciated the simplicity and beauty in the routine of his days. Ervin relied upon the steady support of his loving wife who showed her devotion in many ways throughout his health challenges. His Sunday gathering with family was not complete without the pies Eileen so lovingly made every week.

His family and friends will miss his soft-spoken manner and his ready smile and laugher during a conversation. Despite physical challenges, his wit and sense of humor remained intact. His determination to remain active was an example to all of his family who admired his strength. Ervin had a life well lived with his wife of 65 years, Eileen, having spent many years together raising family, running a business and enjoying traveling together to Florida, California, Hawaii and Texas.