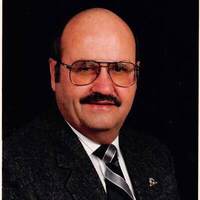 He was born on the family farm in rural Eureka, South Dakota. Dad was drafted into the US Army during World War II and served in the occupational forces in Japan. He married Hildegard Zoller on June 12, 1949, and they raised five children: Lance, Leora, Leigh, LaVal and Loris: the 5 L’s. Dad attended seminary in Naperville, Illinois, and pastored several churches in North Dakota over eight years. He continued serving others in Social Work. Hildegard passed away in 1987. He married Arlene Olson in 1989. Dad and Arlene resided in Washington until her death in 2006 and then he returned to Bismarck to be near family.

Family meant everything to dad, and he enjoyed spending time together. He always had the coffee pot on and welcomed guests.

He was preceded in death by his parents; four brothers; a sister; daughter, Leora Nahinurk; and son-in-law, Dean Fredrick.

Visitation will be held from 6 to 7 p.m. Friday, May 13, at Eastgate Funeral Service, 2302 East Divide Ave., Bismarck, with a prayer service starting at 7 p.m.

Funeral services will be held 10 a.m. Saturday, May 14 at McCabe United Methodist Church, 1030 N Sixth St, Bismarck. A livestream of the service will be available on the funeral home website.