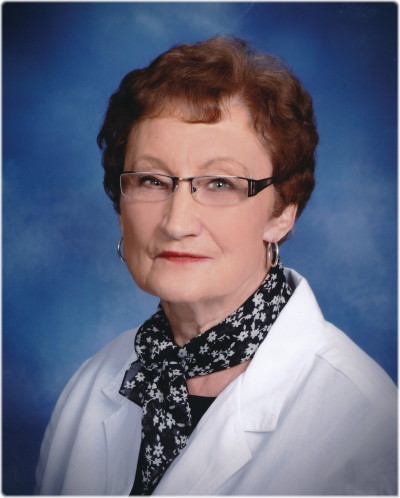 Hilda Kordonowy, 84, died on Thursday, April 28, 2022 at Marian Manor Healthcare Center, Glen Ullin. Hilda’s Mass of Christian Burial will be at 10 a.m., Wednesday, May 4, 2022 at St. Bernard’s Catholic Church, Belfield with Fr. Shane Campbell as celebrant. Interment will follow at St. Bernard’s Cemetery, Belfield. Visitation will be on Tuesday from 6 p.m. to 7 p.m. at Ladbury Funeral Service, Dickinson with a rosary and vigil at 7 p.m. with Deacon Loren Kordonowy presiding. Visitation will continue one hour prior to the service at the church on Wednesday.

Hilda held various positions and at times was a full-time homemaker, but stayed busy as an active member of St. Bernard’s Catholic Church, Christian Mothers, Heart River Homemakers, and the Golden Age Club. She also belonged to the Eagles and Legion Auxiliaries. Hilda enjoyed baking, gardening, entertaining, and spending time with family and friends.

She moved to Mandan, following the death of her husband in 1974, and graduated from Bismarck State College. Hilda was employed by MDU in Bismarck and later transferred to the Dickinson office where she retired in 1992. Then she moved to Seattle for a time to live with her sister, Lydia, before returning to her permanent home in Mandan.

Hilda was preceded in death by her husband, Eddie; her parents; all of her siblings; and her son-in-law, Matt Schaff. She is survived by  her children, grandchildren, great-grandchildren; several nieces and nephews; and her brother-in-law, Leonard and his wife Laverne.