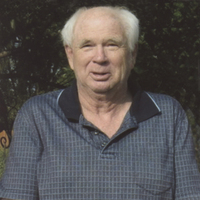 Richard Donald was born on March 17, St. Patrick’s Day, 1945. He was born in Hawthorne, CA to parents Arthur and Doris (Wecker) Harp.  At an early age the family moved to a farm near Buford, ND where Richard was raised and educated. The schools which he attended were Cedar, Round Prairie and finally Williston High School from where he would graduate in 1963.

Richard went to college for a time at Minot State University and later at Williston State College. He was always fond of self-improvement and continuing his education in various fields of study.

Richard proudly served his country in the U.S. Navy from September of 1965 to May of 1969. He was raised to the rank of CYN3 and earned the National Defense Service Medal. After being honorably discharged he returned to North Dakota and began work at Farmer’s Union. He then went on to be employed with North Dakota Green Thumb for the next 13 years, 10 of which he held the position of State Director. Richard moved onto his next job, Choice Hotels, where he was an exceptional employee for the next 20 years; he retired in 2013. Throughout his various careers, Richard received several awards from all three employers for his exceptional work and leadership.

Zion Lutheran Church was Richard’s faith home in Minot. He was also a devout member of the Eagle’s Aerie, Moose Lodge and Farmer’s Union. When he had free time Richard enjoyed collecting Indian artifacts, researching genealogy, and reading.

Richard was preceded in death by his parents; brothers, John Harp and his wife Barbara and William Harp; niece, Lana Harp.