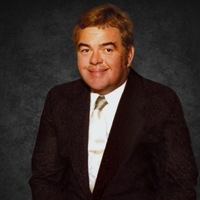 Charles Patrick “Pat” Fitzgerald was born March 9, 1942, to Charles A. and Helen E. (Amundson) Fitzgerald in Paducah, Kentucky, the oldest of five children.  He attended St. Nicholas Grade school and Garrison High School , graduating in 1960.  After graduating he worked a year in construction before attending North Dakota State University.  Pat graduated from NDSU with a degree in Political Science in 1965 and worked briefly for the American Heart Association.  He joined the United States Marine Corp in 1967 and served in Vietnam.

Pat was always interested in ranching and cattle.  In the early 1970’s he moved to the ranch in the Badlands near Sidney, Montana and remained there raising cattle.  Pat a loving, devoted son.  He was a member of St. Nicholas Catholic Church in Garrison.