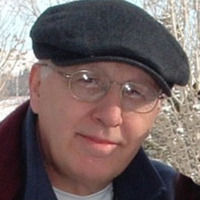 Thomas Hesford died Thursday, March 31, 2022 at the age of 77. His passing was peaceful, and he was surrounded by his loved ones as he took his last breaths at Missouri Slope Lutheran Care Center.

Twelve years ago, Tom suffered a hemorrhagic stroke. Despite a bleak prognosis upon being released from the hospital, he endured and fought to the end.

Tom was born in Florida to Lorraine Hanson-Pepe and Guy Hesford on March 5, 1945.

He had a challenging childhood because his mother passed when he was three years old. It fell to his grandparents, Henry and Cecily Hanson, and his uncles and aunts to raise him.

He attended St. John’s Prep School in Minnesota for three years. Tom was planning on entering the priesthood, but his true calling was education.

In 1962, Tom moved to Devils Lake and attended Devils Lake High School as a senior. There he met the love of his life, Carolyn Cossette.

He fell in love with Carolyn while she was giving him his first dancing lessons, so they could go to the prom together. Their love will always be, and that love was a lesson passed onto their children and grandchildren.

Tom took a position at Bismarck High School in 1967 as an English teacher and then eventually got involved with the journalism department. There he developed a passion for photography.

His love for literature and writing was something he relished imparting to his students. It was a switch that could not be turned off and influenced many that he taught.

As an administrator, Tom’s compassion and attentiveness to students and staff was unparalleled. He set the standard as he tirelessly worked to improve the school and the standards of education.

Tom was a family man, a Clark Griswold right out of National Lampoon’s “Vacation.” There were many road trips to attest to that.

His passion for golf and skiing was something he shared with his family and his friends, especially Dan Klein, who he is with now on the everlasting slopes and ninth hole at Riverwood.

While giving skiing lessons, his patience was sometimes tested, but we always made it to the bottom of the hill with his guiding words.

Tom was a diehard Minnesota Vikings fan. A plaque for him rests outside the U.S. Bank Stadium. His loyalty may have been fruitless, but it was strong. He, his cousin Jim Hanson and family reveled in the sorrow of being a disappointed Vikings fan. No bandwagoners allowed.

Throughout Tom’s life, he had a sense of integrity and joy about life. He wanted the best for his family and friends.

Mass of Christian burial will be held 12 Noon, Friday, April 8 at Pro-Cathedral of St Mary, 806 E Broadway Ave., Bismarck, with visitation one-hour prior to the service. A livestream of the service will be available on the funeral home’s website.

Family will greet guests from 5 to 7 p.m., Thursday at Parkway Funeral Service, 2330 Tyler Pkwy, Bismarck, where a rosary/vigil service will begin at 7 p.m.

Burial will be held at St Mary’s Cemetery, Bismarck.

In lieu of flowers, memorials may be sent to the Dan Klein Scholarship Fund at Bismarck High School; Ministry on the Margins; or Dakota Children’s Advocacy.