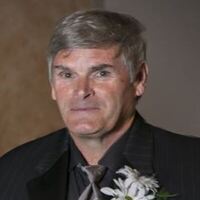 Visitation will be held from 5 to 7 p.m. with a prayer service starting at 7 p.m., Friday, April 8 at Parkway Funeral Service, 2330 Tyler Pkwy, Bismarck.

Dan was born on March 14, 1954, in Jersey City, New Jersey, the son of James and Rosalie (Carasio) Keegan. He grew up and attended schools in New Jersey and Florida. Following his graduation from North Miami High School, he took a scholarship to play football at Valley City State University. On August 7, 1976, he married Rita Holm at Our Savior’s Lutheran Church in Valley City. From this union, two children were born, Anthony and Kristen.

Dan was a longtime schoolteacher for Bismarck Public Schools and football coach for Bismarck High School. He served in the North Dakota National Guard as a crew chief, compiling over 2300 hours of flight time. Upon his retirement from the National Guard, he received the Legion of Merit award in recognition of his service. Dan enjoyed and loved Notre Dame football and attended many games with his family. He also enjoyed boxing and met Muhammad Ali while he was training in Miami at the 5th St. Gym. He especially enjoyed spending time with his grandchildren and was a great lover of animals.

He is preceded in death by his parents and his animals; Squiggy, Brutus, Billy, and Greta.

In lieu of flowers, memorials in Dan’s name may be made to: