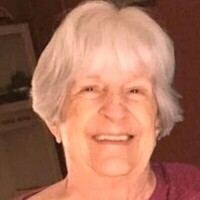 She was born on July 14, 1936 to Lewis and Ida Mae Hatfield in Chisholm, MN. She attended school in Chisholm. Isla married Richard “Dick” Zbacnik, Sr. in 1953. They were married for 63 years upon his death in 2016. They had three children: Richard Jr., Jeffrey and Tracey. Isla and Dick lived in Leetonia Location for many years and eventually moved to their home on Shoal Lake.

Throughout her life, Isla volunteered her many talents with sewing, knitting and crocheting. She was very proud to have been a Hibbing High School Band Mom and volunteered as the “uniform lady” to get the band looking good. She sewed many quilts for St. Anne’s Church Raffles and most recently was knitting hats for the Sanford Health NICU babies. She also made many quilts, blankets, hats and sweaters for her family members over the years. She enjoyed flowers and growing plants. She worked for years with her friend Ardy at her flower shop and would often take her pay in flowers, her flower beds and pots were always amazing. Isla was an avid Minnesota Vikings and Twins fan. She could always be found watching a game and cheering them on. Isla especially enjoyed living at her lake home that she and Dick built. She had a very quick wit and was a very straightforward person. She would tell us all not to cry but to be happy for her as now she can rest.

She was preceded in death by her husband, Richard; her parents; brother, Walter and sister, Hazel

Per Isla’s wishes there will be a private graveside service held at Nashwauk Cemetery at a later date.