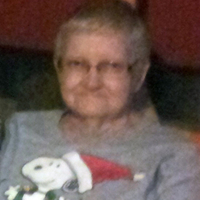 Linda Anderson was born a twin December 5, 1940 at Underwood, North Dakota and was raised by her aunt and uncle, Haven and Edna Anderson. She was raised in the Turtle Lake community and educated there.

Linda was once married to Leonard Feist and together they raised three children, Steve, Kimberly and Lenore.

Linda was an awesome piano player, she enjoyed listening to music, especially, Elvis. She enjoyed playing cards and bingo when time allowed. She cleaned homes professionally for folks in the area and through her work was closely attached to many in the Turtle Lake area.

Linda was residing at the Trinity Nursing Home in Minot and was adored and loved by their staff.

Linda was preceded in death by her parents and daughter, Kimberly Mims.