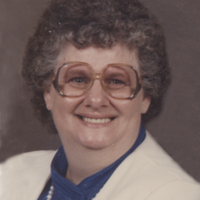 To view a livestream of the service access https://www.facebook.com/westminot/

Dorothy Mae was born on September 26, 1941 in St. Vincent, MN to Sterling and Ruth Wandel. She was raised and educated in Pembina, Montana and Minot where the family moved in 1955. As a young adult she was employed at a local restaurant.

Dorothy married David Hamilton on August 9, 1959 at West Minot Church of God in Minot. They made their home in Minot except for one year that was spent in Zion, IL. Dorothy was employed as a cook at Kruse’s Truck Stop for three years as well as a waitress at various restaurants in the Minot area. She retired in 2003. David died on October 18, 2006. She had continued to reside in Minot.

Dorothy was a longtime member of the West Minot Church of God and she enjoyed auto racing especially stock car races.

Celebration of the Life of Dorothy Hamilton: Friday, April 1, 2022 at 1:00 p.m. in the West Minot Church of God. To view a livestream of the service access https://www.facebook.com/westminot/
Interment will be in Sunset Memorial Gardens – Minot.
Visitation:  Thursday from 4:00 p.m. to 6:00 p.m. in Thomas Family Funeral Home – Minot.
Memorials are preferred to The March of Dimes in honor of her grandson David Adkins.