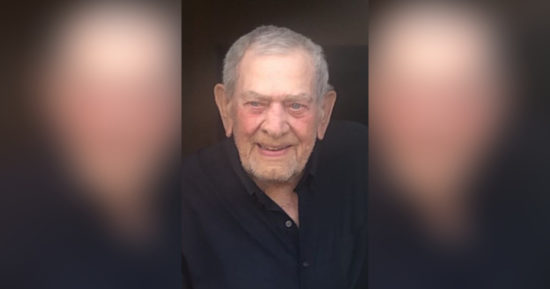 Alvin W. Bumann, 92, formerly of New Salem, passed away peacefully with his family by his side on Sunday, March 20, 2022, in Bismarck. Memorial Service will be held at 10:00 AM on Friday, March 25 at Peace Church in New Salem with Rev. Joshua Eddy presiding. Visitation will be one hour prior to the funeral at the church. Burial will take place at the Almont Cemetery with full military honors.

Alvin William Bumann (“Snuffy”) was born July 29, 1929, to Adam and Fredricka (Buchman) Bumann.    He graduated from New Salem High School.  He attended Dickinson State University.  Alvin served in the U.S. Army 1951 to 1953 during the Korean Conflict. He was a machine gunner with the 7th Division, 31st Regiment, M Company.  He was awarded the Combat Infantryman Badge, the Korean Service Medal with two bronze stars, the National Defense Service Medal, United Nations Service Medal, the Good Conduct Medal and the Purple Heart.   He always said the greatest accomplishment of the service was “staying alive” so he could marry the most beautiful woman ever.  After his tour, he became a licensed plumber for five years.  In 1954, he married Muriel Skjolsvik of Almont.  They were married 50 years prior to her passing in 2005.

Alvin served as a Highway Patrolman.  When as a Sergeant, he earned top honors for his marksmanship and won the Patrol Trophy five times for his shooting abilities on a national course.  He thoroughly enjoyed his service and was stationed in Rolla, Hettinger, Minot, and Dickinson.  During his tenure there, he was appointed by Governor William Guy and the Parole Board to serve as a Parole Officer for the 5th Judicial District.  Alvin then went on to work for the ND Public Service Commission as Director of energy conversion and transmission facility sitting division.  Alvin was appointed as the United States Marshal under President Gerald Ford.  He then went on to serve for the Attorney General office as a gambling and liquor license enforcement agent.  Alvin also was a Judicial Judge for 17 years.  Alvin along with Muriel were always willing to help others.  They were foster parents to many children.  As a couple, they were a dynamic team who willingly helped many relatives, friends, and strangers along the way.

Alvin lived in Marillac Manor apartments after Muriel’s passing. Alvin enjoyed the employees there and said they are the best and is why he chose to stay there.  He kept busy with fishing trips with his sons, Blacks Hills vacations, casino cruises to Prairie Knights and was a wiling traveler wherever it turned out to be.  He enjoyed the Green Bay Packers and Twins baseball making sure his family got to attend a game together.  Alvin enjoyed poker games, cookouts, Fourth of July celebrations, dice and card games.  He was humbled to participate in the Honor Flight to Washington, DC.  Alvin loved his family and enjoyed their many gatherings.

He was preceded in death by his wife Muriel, his son Craig, his son-in-law Craig Becker, his grandson Charles Becker, his parents and his siblings: Ed, Rosie, Ida, Henry Clarence, Emma and Mabel, the Skjolsvik family Edgar, Edith, Ronald and Carol.