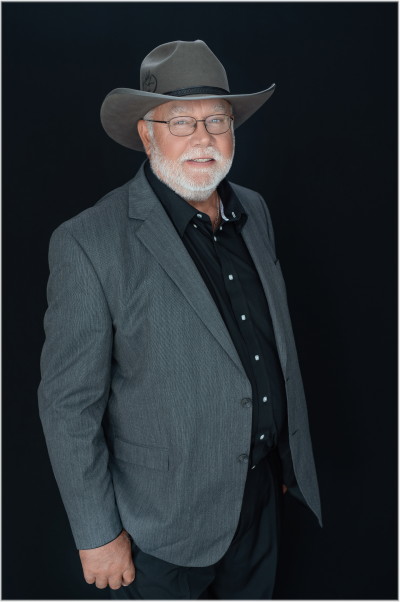 Allan “Al” Lee Bergan, 67, Beulah, passed away suddenly on March 5, 2022, while vacationing in Key West, FL. A memorial prayer service for Al will be held at 1 p.m., Saturday, March 26, 2022 at Ladbury Funeral Service, Dickinson with Chaplain David Jenkins officiating. Visitation will be one hour prior to the service on Saturday. A Celebration of Life will take place on Sunday, July 3, 2022 at the family’s A-Quarter Circle Ranch, northwest of Killdeer. The family requests that memorials in Al’s honor be given to a charity that touches the giver’s heart.

He was born on December 23, 1954, in Bismarck to Lillian (Knudsvig) and Arnold Bergan of Dickinson. Al graduated from Dickinson High in 1973 and was a proud “Midget”. He participated in basketball and was a high hurdler in track, holding the school’s record in this event for a time. Al attended Lake Region Jr. College in Devils Lake from 1973-75, graduating with an Associate Degree in Farm and Ranch Management.

During college and after graduation, Al farmed and ranched near South Shore, SD with his brother-in-law, James Taecker. He retired from this profession in 1976 due to severe drought conditions. Al moved to Fargo, and in the 18 years he resided there, worked at farm equipment companies Mobility and Frigstads as a Class A Production Welder, Red Owl Warehouse as a truck packer, and was an owner-operator of Mr. Steam Carpet Clean.

Al was united in marriage to LaMae Foss on May 28, 1977, in Devils Lake. Their family was complete with the birth of their beautiful daughter Alissa (aka “Little Al”) in December of 1979. They made their home in Fargo until 1994 when they moved to Devils Lake to operate Towers Bait & Tackle Shop, a lifetime dream. With the historical 25 ft. rise of Devils Lake in 1997, the bait shop was lost to its flood waters. Al then found a career that he loved with positions at Schwan Wholesale and J & S Vending, working as a truck driver & delivery person until he retired in 2011.

Al was introduced to the game of Curling in college, and the love of the game for both him and LaMae developed in the early 1980s. His passion resulted in being part of four ND State Championship teams: a Mixed in 1987 with cousins Curt & Connie Bergan, a Mixed in 1992 with Garland & Jan Legacie, and two Men’s in 1992 & 1993 as part of the Scott Dalziel team. Al’s major contribution to these winning teams was his strong and keen sweeping skills.

In 2012, Al and LaMae made a retirement move to Beulah. Al wanted to live close to both Lake Sakakawea, as he loved to catch salmon, and his beloved A-Quarter Circle family ranch northwest of Killdeer, lovingly referred to as God’s Country. Al was an avid fisherman and hunter his whole life. He enjoyed his time on the water with friends and harvesting a yearly deer at the ranch. Al also participated in numerous elk hunts in Wyoming and New Mexico. Al was a lifetime member of the National Rocky Mountain Elk Foundation and considered the Lone Tree Chapter in Harvey his ND Chapter. With the move to western ND, Al was able to enjoy many ND Rodeo events and made five trips to the National Rodeo Finals in Las Vegas, with Saddle Bronc being his favorite event. Al was a cowboy at heart, believing in the cowboy ideals of the importance of God, Family, and Country in his life.