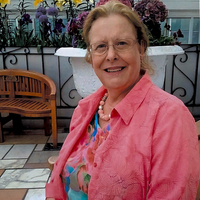 Carol Wilma, 69, Bismarck, went to heaven on March 13, 2022, due to complications from dementia and other chronic health issues.

The funeral service will be livestreamed at the following link, https://trinitybismarck.com/funeral-livestream/

Visitation will be held from 5 to 7 p.m. Friday at Parkway Funeral Service, 2330 Tyler Pkwy, Bismarck.

Carol was born in Grand Forks on April 9, 1952 to Helen (Holtan) and Harold Rivinius. Shortly after, the family moved to Bismarck where Carol was raised. She was a graduate of Bismarck High School, Bismarck Junior College, and the University of North Dakota with a degree in Elementary and Early Childhood Education in 1974.

Growing up, Carol was an actively involved member at Trinity Lutheran Church having participated in youth choir, Luther League, and even had twelve years of perfect attendance at Sunday school. She was also a Girl Scout for many years and enjoyed its many activities. She loved music and was proud to be a member of the BHS band and BJC jazz ensemble.

Carol married Michael Wilma on August 24, 1974. They were married just over 47 years at the time of her passing. They had two children, Alicia and Jonathan.

After college, Carol and Mike moved to Minnesota where she started her teaching career. In 1975, Carol and Mike moved back to Bismarck where she taught third and fourth grade at Jeanette Myhre Elementary School. Carol loved being a teacher, but later decided to stay home and raise her two small children who were her pride and joy.

Carol was a member of Alpha Delta Kappa teacher sorority and Bismarck Art & Galleries Association. One of her proudest achievements was being selected to exhibit her work in February 2010 as BAGA’s selected member artist. She dealt with a series of health problems but was able to enjoy growing flowers and photographing the beauty she found in her garden.

Carol’s artist statement printed in the brochure for her BAGA exhibit stated the following: “I think of myself as a ‘nature artist.’ I love the beauty of the earth. I have been very challenged by my health for many years. I have found artwork to be good therapy for me. It has given me much enjoyment and happiness. My love of nature and the beauty of flowers have inspired me to photograph my roses and a variety of flowers from my gardens. I was inspired by the quote, ‘Flowers are works of art created by nature for our pleasure.’”

Carol is survived by her husband, Mike; her children, Alicia Wilma (Craig Mickelson), Mahtomedi, MN, and Jonathan Wilma, Bismarck; her brother, Paul Rivinius, and mother, Helen Rivinius, both of Bismarck.

She was preceded in death by her father, Harold Rivinius.

The Wilma family would like to extend special thanks to the many friends and neighbors who provided Carol with comfort and friendship during her many years of illness.