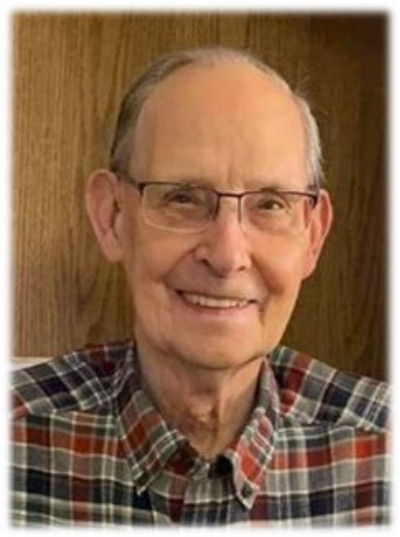 Lawrence’s Mass of Christian Burial will be at 10 a.m., Saturday, March 12, 2022 at St. Joseph’s Catholic Church, Dickinson, with Fr. Keith Streifel as the celebrant. Interment will follow at St. Joseph’s Cemetery. Visitation will be on Friday from 3 p.m. to 7 p.m., at Ladbury Funeral Service, Dickinson with a rosary and vigil at 7 p.m. with Deacon Ross Reiter presiding.

Lawrence was born on March 29, 1934 the son of Anton and Elizabeth (Miller) Huschka on the family farm 18 miles south of South Heart, ND. Lawrence was raised on the family farm and attended a small country school a couple miles down the road. Lawrence was united in marriage to Hilda Schwindt on January 4, 1956 at St. Joseph’s Catholic Church, Dickinson. He worked for Fisher Industries for 40 years and during that time contributed many engineering and design innovations to the company. He took great pride in his work with Fisher’s and stopped out often to talk shop after retirement. He was a devoted husband and a loving father and grandfather. He enjoyed his time spent with Hilda volunteering in the community and visiting with their family and friends.