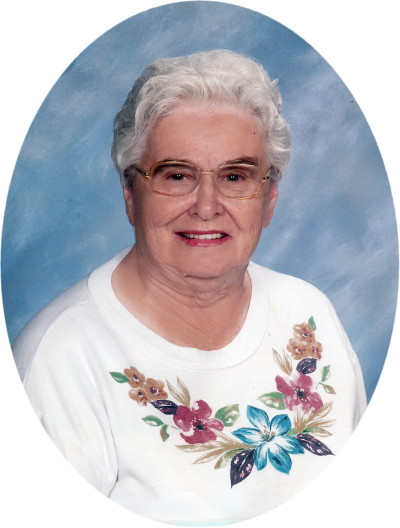 Lorraine Cathyrne Bosch, 87, Dickinson, died on Sunday, March 13, 2022 at St. Benedict’s Health Center, Dickinson. There will be a Liturgy of Word Service for Lorraine at 10 a.m., Thursday, March 17, 2022 at Ladbury Funeral Service with Deacon Robert Bohn presiding. Interment will take place at St. Mary’s Cemetery, Richardton. Visitation will be one hour prior to the service on Thursday.

Lorraine Cathyrne Erhardt was born on December 9, 1934 on the family farm, rural Richardton, the daughter of John and Magdalena (Miller) Erhardt. She was raised and educated in Mandan.

Lorraine was united in marriage to Anton Bosch on April 24, 1961 in Richardton. They raised two children, Wanda and Ron, in Mandan. She retired at age 55 from washing dishes at Dakota Farms in Mandan. Lorraine spent several years in Mott, later moving Richardton and finally moving to Dickinson in 2001. She resided the last seven years at St. Benedict’s Health Center in Dickinson.

She loved playing bingo, doing arts and crafts, telling jokes. Lorraine loved people’s company and most of all spending time with her family.

She was preceded in death by her husband, Anton Bosch, on September 14, 2001; her parents; three sisters, Agnes Phagen, Edna Forster and Isabelle Forster; three brothers, Ralph, Norman and Edward; and four brothers-in-law.