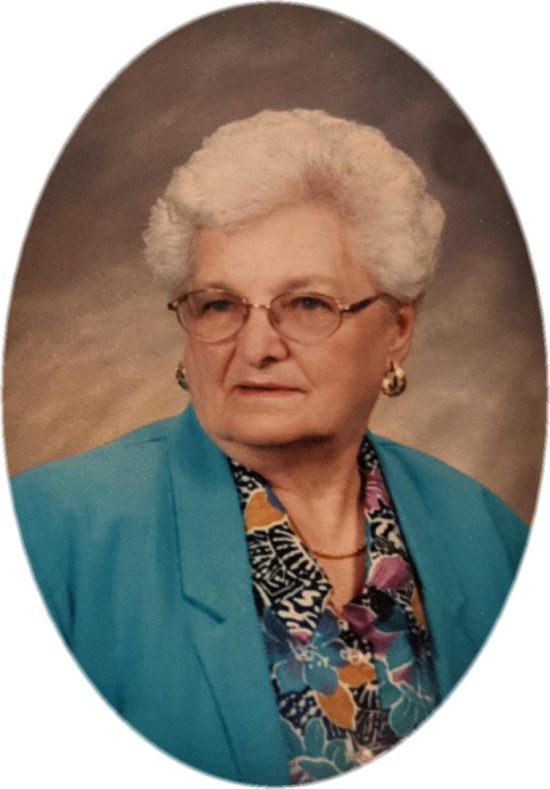 Lyla Schulz, 101, Dickinson, passed away on February 28, 2022 at St. Benedicts Health Center in Dickinson. Services for Lyla will be held at a future date at Ladbury Funeral Service, Dickinson.

Lyla Forster was born in Richardton on April 2, 1920, the daughter of Joseph and Ottilia (Baer) Forster. She attended and graduated from St. Mary’s in Richardton and was crowned the Harvest Queen her senior year.

Lyla married Burnell “Barney” Schulz on May 5, 1942 at Assumption Abbey in Richardton. They had nine children and 36 grand/great-grandchildren.

She worked at Woolworth’s in Dickinson until her retirement. After retirement, she performed volunteer work well into her 90’s. Lyla loved sewing, crocheting, and many other crafts. She enjoyed fishing, reading, playing cards and games, dancing, traveling, and playing slots.

She was preceded in death by her husband, Burnell “Barney” Schulz; her daughter, Bernadine “Bernie” Schulz; son, Don Schulz; son-in-law, Ron Oeltjen; and her brothers and sisters.