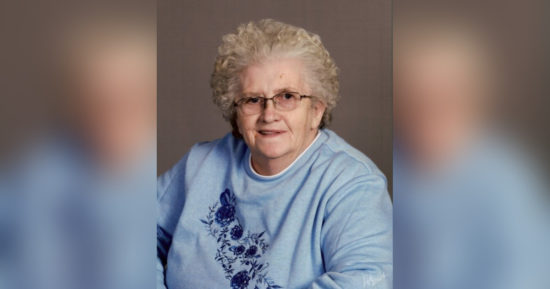 A Mass of Christian Burial will be held at 10:30 AM on Thursday, March 10, 2022, at Christ the King Catholic Church, Mandan, ND with Rev. Fred Harvey as celebrant. Burial will be at the North Dakota Veterans Cemetery.

Visitation will be held Wednesday, March 9, 2022, from 5:00-7:00 PM at Weigel Funeral Home, Mandan, with a Rosary/Parish Vigil at 7:00 PM. Visitation will continue at the church one hour prior to the service on Thursday.

Alice was born on August 16, 1942, in Mandan, as the only child of Glen and Katherine (Welsch) Taylor.  She attended Custer Country School for 8 years and graduated from Mandan High School in 1960.  She married George Schwartzbauer Jr. on July 7, 1964, at St. Anthony Catholic Church in St. Anthony, ND.

After marriage, they resided in Huff when George worked for Eugene Graner before moving to the Taylor farmstead south of Mandan in 1974. Alice was always busy on the farm, taking care of her children, working in the garden, or delivering eggs to family and friends. Alice was also devoted to her community throughout her life. She was a member of the Custer Flats Ladies group for over 50 years, while also contributing to the American Legion and Mandan Eagles. She served as a 4-H leader and judge’s helper at the Morton County Fair. Alice enjoyed sewing, knitting, making afghans for her children, and spending time with her grandchildren. She made thousands of dishcloths and dish scrubbers for family and friends. She became so well known for her dish scrubbers that those lucky enough to get one fondly referred to the kitchen sink staple as an “Alice.”

In lieu of flowers, the family requests memorials be sent to North Dakota Veteran’s cemetery or a charity close to your heart.