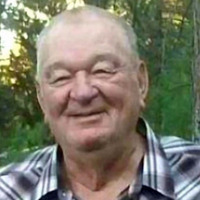 Burial will be held at Mandan Union Cemetery, Mandan.

Rudy was born to Rudolph and Rose (Mattis) Hepper on April 5, 1936, in McIntosh, South Dakota. Rudy, the fifth oldest of eleven children, attended high school in McLaughlin, where he met his loving wife of 65 years, Donna (Tillman) Hepper. The two were united in marriage at Selfridge Baptist Church on November 19, 1956. Rudy and Donna enjoyed their first few weeks of marriage traveling the country and settled in Lebanon, Oregon, for a few short months while Rudy worked at a sawmill. The two returned to North Dakota and spent time in Minot where he hauled gravel for the Air Force Base. Eventually, Rudy and Donna established their home north of Fort Yates, where he pursued his passion for farming and ranching for the next 57 years. It was here, on the Hepper Farmstead, that Rudy’s hard work, determination, and resiliency built a family he was forever proud of.

Rudy spent countless hours outdoors searching for artifacts. His sharp eye helped him develop his appreciation for the natural surroundings and landscape near the farm. He also enjoyed time at the sale barns and auctions hunting for his favorite antiques. One of Rudy’s favorite pastimes included checking cattle on his four-wheeler or in the pickup with his grandkids. It never failed, the “quick” trips out to the pasture always ended up consuming most of the afternoon. When it came to the farm, Rudy was a great steward of the land, always improving upon what they had. Together with Donna, Rudy built a successful farm and ranch and raised six children.

Memorials are preferred to the Alzheimer’s Association.